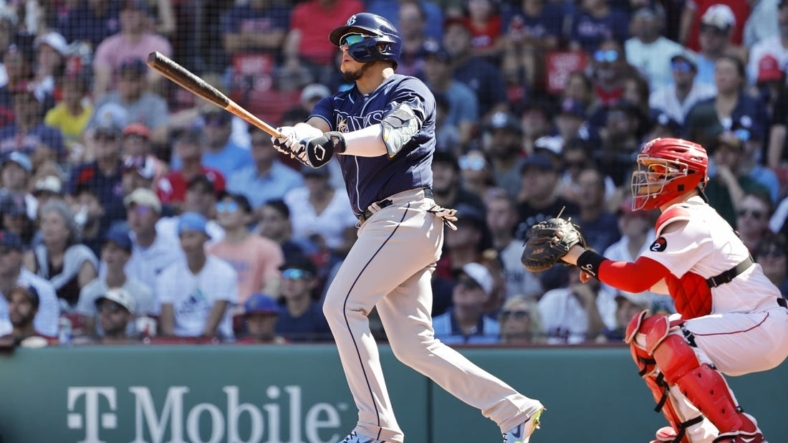 Isaac Paredes recorded his third multi-homer game of the season to help the Tampa Bay Rays power past the host Boston Red Sox 12-4 on Sunday afternoon.

Six players recorded multiple hits and four scored at least two runs for the Rays, who lost the first two games of the three-game series following a six-game win streak.

Kluber struck out four and scattered eight hits in his second straight win and third against Boston this season.

The first hit of the game was a one-out solo homer by Paredes that bounced off padding just above the Green Monster in the second inning.

Tampa Bay doubled its lead an inning later after Peralta’s two-out double down the right-field line. Manuel Margot walked and stole second to set the table for the Rays’ second run.

In the third, the Red Sox made it 2-1 with Cordero’s fourth homer in the last six games, a shot into the bullpen.

It wasn’t a one-run game for long as Paredes crushed a two-run homer to left after Arozarena’s leadoff double in the fourth.

In the bottom of the frame, J.D. Martinez brought the Red Sox a run closer with his first homer since July 10.

Peralta’s line double to right scored Margot from first in the fifth inning, but Pham answered in Boston’s half of the frame with a one-out solo blast.

Tampa Bay scored three runs in the sixth. Margot’s sac fly followed Jose Siri and Yandy Diaz singles, and after a walk, Harold Ramirez singled and Arozarena laced a double to left to make it 8-3.

After a Bogaerts sac fly brought Boston a run closer in the seventh, Arozarena hammered an RBI double, Taylor Walls hit a two-run single and Siri had an RBI fielder’s choice to add four for the Rays.