Is it time for the Sean Payton, Saints marriage to end? 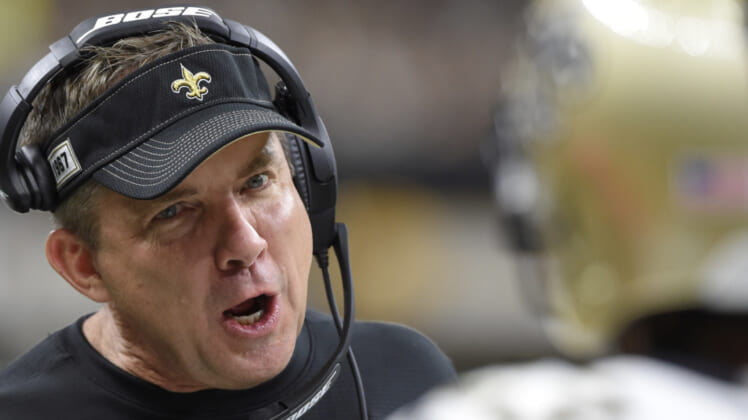 Following Sunday’s shocking upset loss at the hands of the Minnesota Vikings, Sean Payton and the New Orleans Saints appear to be at a crossroads.

New Orleans has won a grand total of two playoff games over the past six seasons. In fact, Payton is 4-6 in 10 postseason games since leading New Orleans to the Lombardi back in 2009.

It has us thinking that the time might be right for New Orleans and Payton’s long marriage to come to an end.

The reasoning: Tied at the hip with Drew Brees, Payton will soon see the future Hall of Famer retire. Why not expedite what promises to be a change in New Orleans by moving on from Payton right now?

The timing: New Orleans will be one of the top potential head-coaching jobs in the NFL once the team does move on from Payton.

The compensation: This would not be about the Saints firing Sean Payton. Instead, it would be a mutual parting of the ways with New Orleans adding to its draft pick arsenal.

The Drew Brees factor: Brees has indicated that he’s interested in playing into his mid 40s, but the end of the line is on the horizon.

Sean Payton is the most successful head coach in Saints history. He’s a potential future Hall of Famer. How the veteran offensive mind helped Brees build a career that’s destined for Canton is nothing short of extraordinary.

But at some point, two entities must separate from one another in order for each side to move forward. We’ve seen it with the best of them in the modern history of the NFL.

That time could very well be now for Payton and the Saints. It really is that simple.