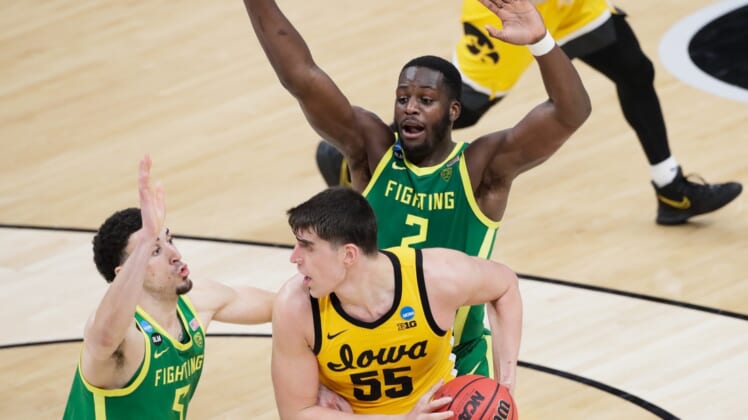 After a regular season in which the Big Ten dominated the college basketball rankings, the conference captured two of the biggest postseason awards on Thursday.

Iowa senior center Luka Garza won the Associated Press player of the year award, and Michigan’s Juwan Howard was selected the AP coach of the year.

Garza produced a 24.1-point scoring average, second in the nation behind the 24.5-point mark of Oral Roberts’ Max Abmas. Garza also grabbed 8.7 rebounds per game. He shot 55.3 percent from the floor — his fourth consecutive season over 50 percent — and made 44 of his 100 3-point attempts.

He helped the Hawkeyes go 22-9 and earn a No. 2 seed in the NCAA Tournament, but they were knocked out in the second round by seventh-seeded Oregon.

In his second season as the head coach at his alma mater, Howard guided the Wolverines to a Big Ten regular-season championship and a No. 1 seed in the NCAA Tournament. Michigan finished 23-5 following a loss to UCLA in the Elite Eight.