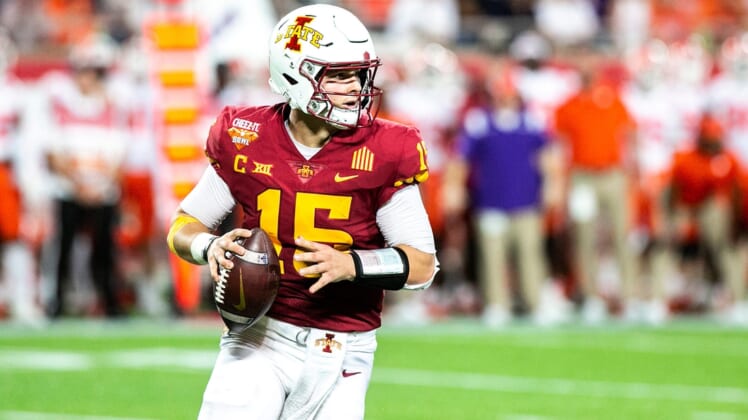 Brock Purdy, who set multiple records during his career as quarterback for Iowa State, announced Saturday that he will enter the NFL draft.

“Cyclone Nation, I just want to say thank you,” Purdy wrote on his Instagram account. “Thank you for taking my in with open arms and believing in my the last four years. My dream as a kid was to play for a great college town and community and y’all have been that and more. So, I thank you.

“I will be pursuing the opportunity to play in the NFL moving forward.”

Purdy completed 71.7 percent of his passes this season — also a school record — while throwing for 3,188 yards, 19 touchdowns and eight interceptions.

“There’s no greater competitor that I’ve been around that wanted the result to be different than it was,” Iowa State head coach Matt Campbell said after Iowa State lost to Clemson in the Cheez-It Bowl on Dec. 29.