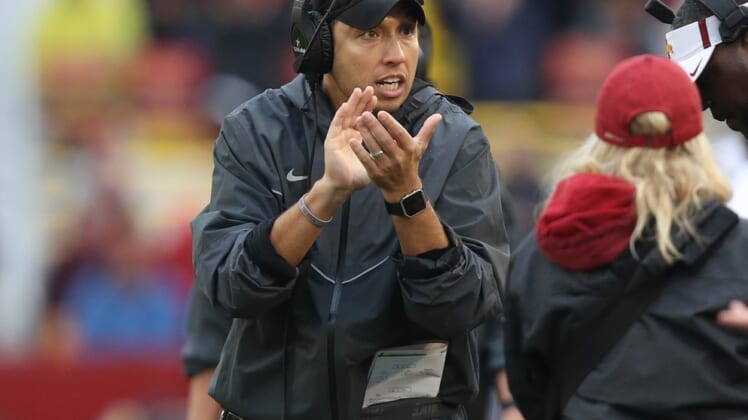 Any talk of Matt Campbell moving to another school can officially be tossed out the window after he signed a six-year extension at Iowa State.

The school announced the move on Monday evening.

“We are just getting started at Iowa State.” – Matt Campbell #RaiseTheStandard
??? pic.twitter.com/P0a1cQYWVW

He’s getting quite the pay raise on this new deal, too.

Excited to announce Matt Campbell has agreed to a new six-year
contract worth $22.5M. Matt's annual salary will increase
from $2.1M to $3.5M. We will also increase the football staff's annual compensation by $1M. Go Cyclones! #raisethestandard

Since coming over from Toledo, where he spent five years, Campbell has transformed the Cyclones into a very competitive team. They knocked off both teams playing for the Big 12 Championship this upcoming Saturday — Oklahoma and TCU — and finished with a record of 7-5 and an upcoming bowl bid.

One of the hottest names out there this months as programs looked for new coaches, Campbell is obviously quite happy to build a legacy at Iowa State.