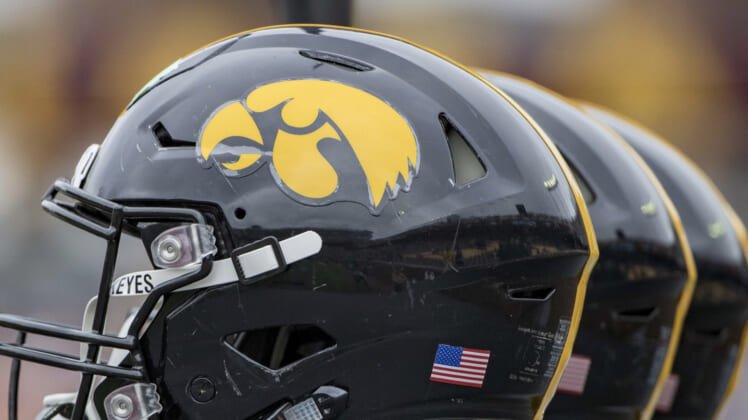 The Iowa football program placed strength and conditioning coach Chris Doyle on administrative leave after he was accused of racism by multiple former players.

Iowa head coach Kirk Ferentz made the announcement about Doyle as part of a statement on a video shared from the Hawkeye Football Twitter account.

James Daniels, who is now starting for the Chicago Bears, shared that there “are too many racial disparities in the Iowa football program. Black players have been treated unfairly for far too long.”

Another former Iowa player, Amani Hooker, wrote that “it would be difficult for black players to walk around the facility and be themselves.”

On Sunday, Doyle defended himself and denied any accusation of racism

Doyle shared a statement from his personal Twitter account Sunday. He said he has been “asked to remain silent” but said “that is impossible for me to do.”

“There have been statements made about my behavior that are not true,” Doyle wrote. “I do not claim to be perfect. I have made mistakes, learned lessons and like every American citizen, can do better. At no time have I ever crossed the line of unethical behavior or bias based upon race. I do not make racist comments and I don’t tolerate people who do.”

Doyle also wrote that he is “confident that a complete review of the body of work over 21 years will speak for itself and I am trusting the process to respect the rights and experiences of all parties involved.”