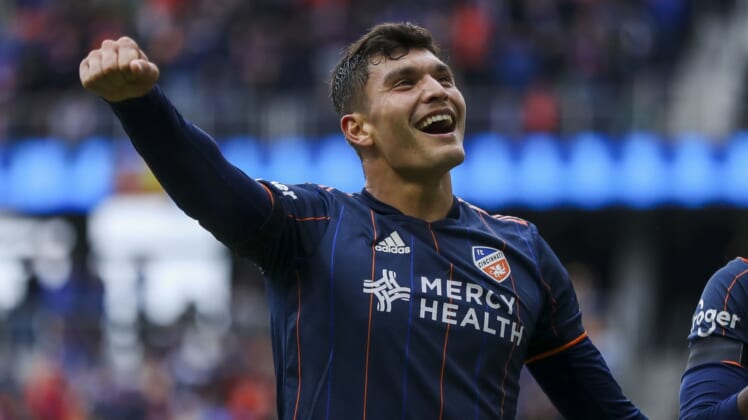 Atlanta (3-2-1, 10 points) absorbed a 1-0 defeat at expansion Charlotte last week, yet still find sits among the top four in the Eastern Conference standings.

Atlanta has found success despite a rash of injuries. Star striker Josef Martinez remains out with a knee injury, although team president Darren Eales said this week that he could return by the end of May. On Thursday, defensive midfielder Osvaldo Alonso underwent surgery to repair a torn ACL.

Coach Gonzalo Pineda said he hopes to have Luiz Araujo and Emerson Hyndman available on Saturday. Araujo has been battling a hamstring injury since scoring in Atlanta’s season-opener, while Hyndman is nearing the end of a long recovery from a torn ACL last season.

Since Pineda took over the club last August, United is 7-0-3 at home, including 2-0-1 this season when they have scored eight goals. Away, Atlanta has scored just once in three games (1-2-0).

Should Araujo play, it’ll be his first chance to build some on-field chemistry with two of Atlanta’s other playmakers, Marcelino Moreno and Thiago Almada.

“I’m anxious to see that actually,” Pineda said. “They are three fantastic footballers. If we can create that among those three plus the No. 9 … I think we can have something important.”

Cincinnati (2-4-0, 6 points) is in the bottom half of the Eastern Conference table and is coming off a 4-3 home defeat to CF Montreal, and a 2-0 loss at Charlotte FC on March 26.

FC Cincinnati this week acquired midfielder Obinna Nwobodo from Goztepe S.K. of Turkey and signed him to a designated-player contract.

“Obinna is an elite ball-winning midfielder that adds a different dynamic to our team,” Cincinnati coach Pat Noonan said. “His ability to break up plays, combined with his forward-first mentality, make him an excellent addition to our group.”

Nwobodo won’t be available on Saturday, though. Leading FC Cincinnati in scoring so far this season is Brandon Vazquez with five goals and one assist. He is tied for the MLS lead in goals.