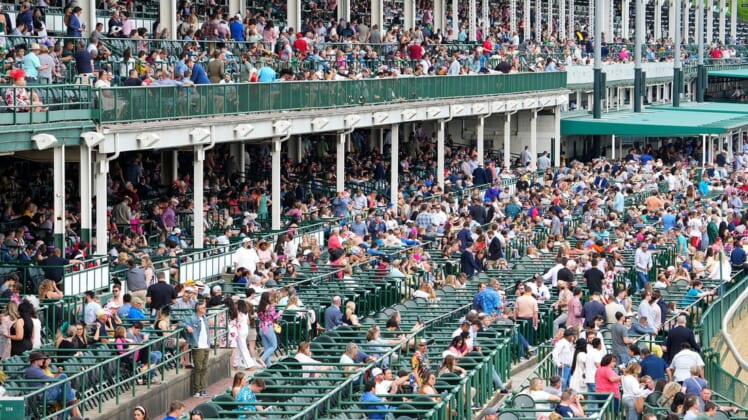 Early Voting finished second in the Wood Memorial on April 9 in his third career start but Brown doesn’t think the horse is ready for the Triple Crown-caliber race at Churchill Downs in Louisville, Ky.

“As long as the field is staying the way it is, we’re going to stick with our original plan,” Brown said. “He’s a lightly raced horse who hadn’t had any real experience with challenging trips or anything like that. To throw him into deep water with a 20-horse field, at this point in time with him, I don’t think it’s the right thing. We’re excited about his chances in the Preakness.”

The Preakness, the second leg of the Triple Crown, is slated for May 21.

Early Voting won each of his first two career starts.

Pioneer of Medina will earn a spot in the Kentucky Derby field due to the decision regarding Early Voting.

Late last month, Morello was pulled out of the Derby with a foot injury after being injured at the Wood Memorial.

The Kentucky Derby draw is Monday.