In the utterly ridiculous section of today’s news comes this dandy. Cleveland Indians slugger Brandon Moss hit the 100th home run of his career last Tuesday. The ball, which landed in the team’s bullpen, has since been held hostage by the entire Indians relief staff.

In order to get the ball back, Moss had to pay the following ransom: 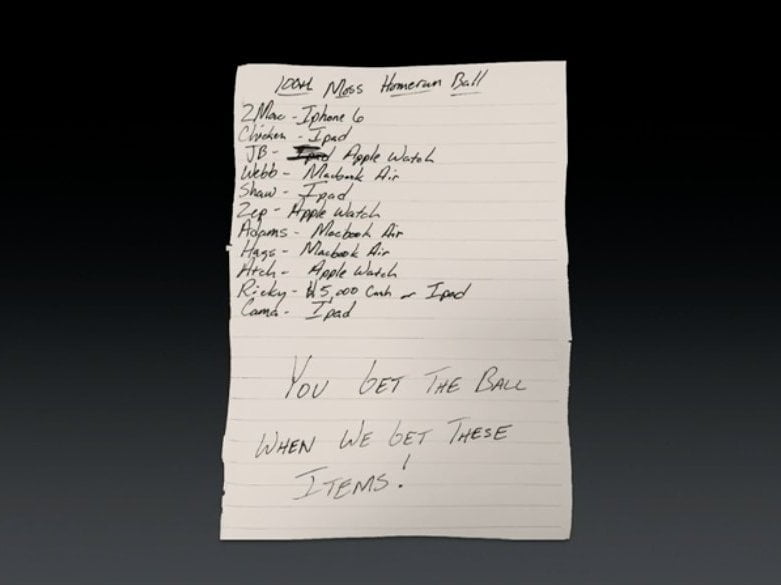 As you can see, the relief pitchers seem to favor Apple products as ransom in this particular situation. As of yet, Moss has refused to give in to those who kidnapped his baseball.

Fret not, Apple is here to save the ball.

According to Business Insider, Apple CEO Tim Cook has decided to pay the ransom.

To some, this may be a bit ridiculous, especially considering Moss is earning $6.5 million this year. It’s not like 11 Apple products would have put a big dent in his checking account.

Whether out of principle or to take a stand against “ball-napping,” Moss decided against paying the ransom. It remains to be seen if he will take Apple up on its offer.

I can only imagine what might happen if Moss hits 200 career homers. Will the bullpen demand nearly a dozen Bentley’s?