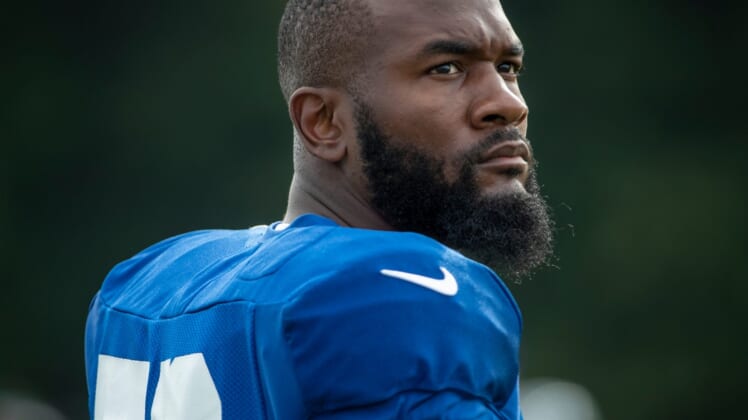 The Indianapolis Colts were missing All-Pros from both sides of the ball Wednesday as linebacker Darius Leonard and Quenton Nelson sat out with injuries.

Leonard continues to battle an ankle injury and Nelson was out with foot and back injuries. Both players played every down in the Colts’ Week 1 loss to the Seattle Seahawks.

A two-time All-Pro, Leonard had five tackles and a forced fumble vs. Seattle. Nelson, a three-time All-Pro, played all 76 snaps on offense.

Offensive tackle Eric Fisher was a limited participant Wednesday as he continues to recover from a ruptured Achilles. Fisher was limited last week, too, and is hoping to make his Colts debut against the Los Angeles Rams on Sunday.

“(I’m) feeling real good. I’ve been doing everything I can in my power to be available for this team,” Fisher said. “My role has progressed and progressed. I’ll leave my status and my role up to the coaches and training staff. I’m doing my part to make sure I’m rehabbing as hard as I can, practicing as hard as I can and just being ready when my number’s called.”