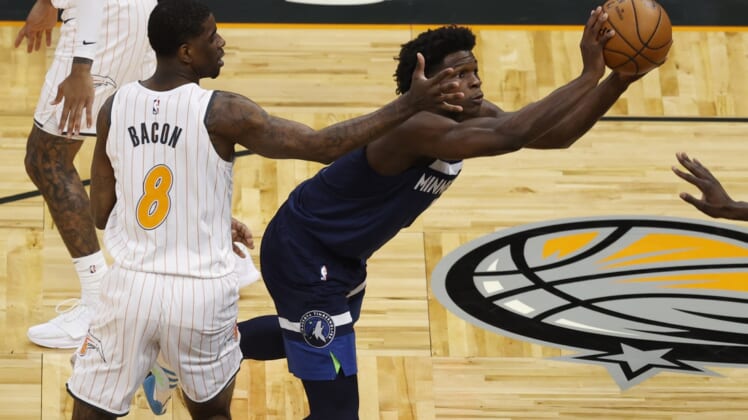 Karl-Anthony Towns and D’Angelo Russell each had 27 points to lead the Minnesota Timberwolves to a 128-96 blowout win over the host Orlando Magic on Sunday night.

The Timberwolves (21-47) snapped a three-game losing streak and improved to 7-5 over their past 12 games. The Magic (21-47) dropped their third in a row in their home finale and went 11-25 in Orlando this season.

Minnesota had won just one of its previous 12 games in Orlando.

It was an emotional Mother’s Day victory for Towns, Minnesota’s two-time All-Star, who lost his mother to COVID-19 last year.

Towns, who also had nine rebounds and four assists, helped jump-start the Timberwolves as they used an early run to overwhelm the Magic and outscore them 74-44 by halftime. Russell also had eight assists and six rebounds.

Minnesota’s lead swelled to 43 points within the first five minutes of the third quarter. The Timberwolves shot 48.5 percent while the Magic struggled from the field, shooting 39.6 percent and went 9-for-36 from 3-point range.

Dwayne Bacon provided some highlights for Orlando, totaling 18 points on 7-of-12 shooting, and R.J. Hampton scored 19 points off the bench.

The Wolves didn’t need a lot of scoring from rookie Anthony Edwards, but he recorded another double-double with 16 points and 10 rebounds to go along with five assists.

Edwards averaged 23.3 points, 6.2 rebounds and 3.8 assists per game while shooting 47.7 percent over his previous 11 games, coinciding with Minnesota’s recent improvement.