Impact of Rockets trading Carmelo Anthony to the Bulls 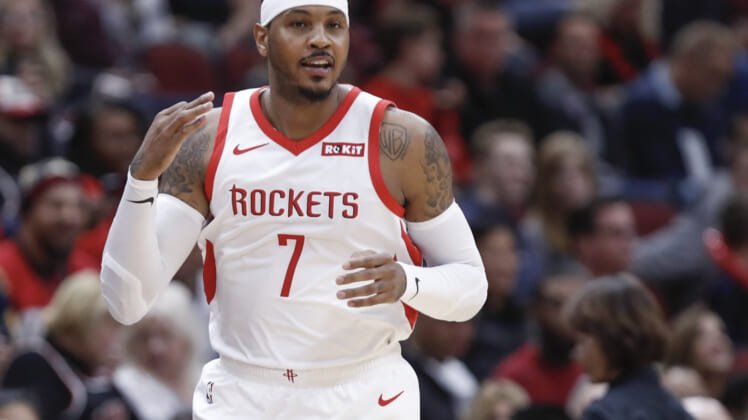 The Houston Rockets have indeed moved future Hall of Fame forward Carmelo Anthony after he suited up in only 10 games for the season.

That’s not the shocking news. Instead, it’s that Houston has dealt Melo to the lowly Chicago Bulls. It goes without saying that this move shocked pretty much everyone around the Association on Martin Luther King Day.

Here’s the overall impact of the trade.

Anthony’s stint in Chicago will be short: There’s no reason to believe he’ll ever play for the Bulls.

The financial impact: This move gives Houston some wriggle room.

There’s going to be a market for Anthony: Look for contending teams to come calling.