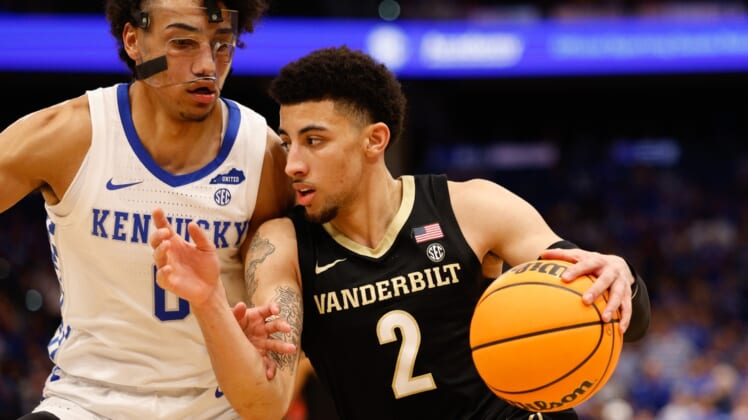 Belmont will travel less than a mile for a road game when it visits fellow Nashville school Vanderbilt in the opening round of the National Invitation Tournament on Tuesday night.

The Bruins (25-7) will make their fifth NIT appearance and first since 2017 after losing to Morehead State 53-51 in the semifinals of the Ohio Valley Conference tournament last week.

Fourth-seeded Vanderbilt (17-16) will play in the postseason for the first time since 2017 after falling to Kentucky in the quarterfinals of the SEC tournament on Friday in Tampa. The Commodores last played in the NIT in 2015, reaching the quarterfinals before falling to eventual champion Stanford.

“I’m really excited for our players that our season is still going,” Belmont coach Casey Alexander said. “I think we’ve got a good team, and nobody’s excited about how we finished in the OVC. As a Nashville guy, I’m excited about the chance to play the local team in Vanderbilt. I wish we weren’t playing such a good Vanderbilt team. I watched them a lot this past weekend at the SEC tournament and was really impressed with how well they played and how hard they played.”

The winner will face top-seeded Dayton or Toledo in the round of 16.

The Bruins are led by Ben Sheppard, who averages 16.4 points per game, while Nick Muszynski (15.9) and Will Richard (11.8) also average in double figures. Grayson Murphy averages team highs with 6.2 rebounds, 5.8 assists and 2.4 steals to go along with 7.6 points per game.

After finishing the regular season 15-15, Vanderbilt defeated Georgia and Alabama in the SEC tournament before dropping a close game to Kentucky in the quarterfinals. Still, it was enough to earn a postseason invitation for the first time in five years. The Commodores won nine games last season.

“Our guys, they want to play,” Vanderbilt coach Jerry Stackhouse said. “They’re excited about that possibility.”

The Commodores are led by Scotty Pippen Jr.’s SEC-high 20.2 points per game and team-high 4.3 assists and 1.9 steals per game, while Jordan Wright averages 12.2 points and 6.5 rebounds. Myles Stute and Rodney Chatman average 8.6 and 8.1 points, respectively.