How Accurate Are NFL Mock Drafts? Our Look at Expert’ Predictions 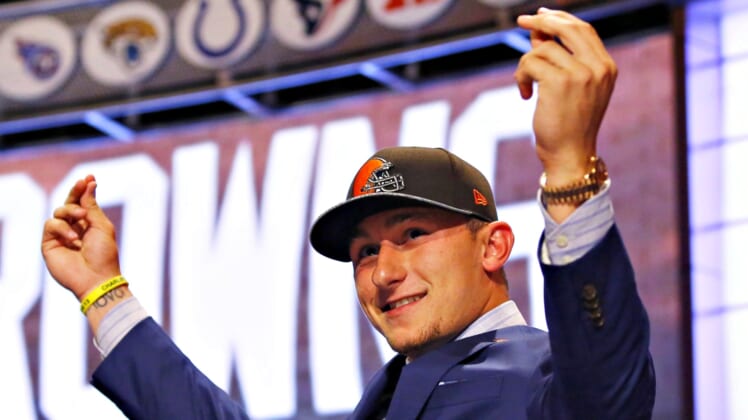 The NFL mock draft season finally came to an end with the completion of the real NFL draft. You either love mock drafts or you hate them. But why? Do you ever wonder how accurate these mock drafts are? I do, so I figured it was time to compare the final mock drafts of the “experts,” and see who did the best.

Knowing the World we now live in, we will likely see 2015 mock drafts start to pop up by the end of the week (if you haven’t already), which is ridiculous. It is becoming more obvious, with every draft, that the purpose of a mock draft is to be different. You know those people who absolutely have to wear outfits that no one else has, then never wants to be seen in it again? That kind of different.

I’ll save everyone the time and not get in to a breakdown of earlier mock drafts versus later mock drafts. Instead, I decided to evaluate the final (first round only) mock drafts of 10 respectable NFL experts from the top media sources. And for fun, I compared them to our very own NFL guru, Vincent Frank’s final mock draft that he posted on eDraft.com. I also added a mock draft from the fans via FoxSports.com. 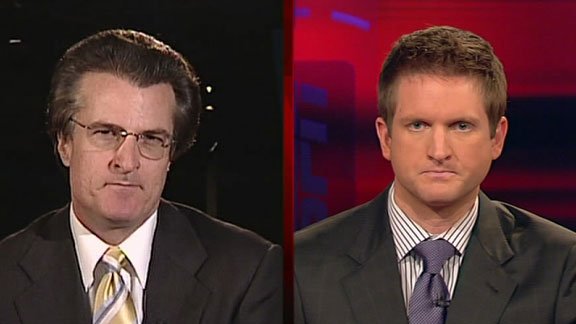 Kiper vs McShay. Every day. For  what seems like 32  weeks. Photo: Notredamegoirish.blogspot.com

How the scoring works:
– If the player was selected in the pick position to which he was predicted, the expert was awarded the equal value of points. Example: Khalil Mack goes fifth overall, thus five points are given.

It is pretty simple to get the first pick or two correct in any draft, but it takes a lot more skill to get them correct as the draft goes on. Below is how these 12, 2014 NFL mock drafts, stacked up against the real NFL draft.

There you have it. Daniel Jeremiah of NFL.com had the best mock draft (that I evaluated) for 2014. Finishing in a close second was Bleacher Report’s Matt Miller, while third place goes to the mock draft Godfather, Mel Kiper of ESPN. The average number of correct position picks was 4.6 per mock. That is 56 correct picks in 12 mock drafts. ProFootballTalk.com did not help that average as they had zero correct picks. Not one correct pick in the first round. Yikes.

We saw how fast a mock draft can get turned upside down by an early unexpected pick. Blake Bortles, at third overall to the Jacksonville Jaguars, is a prime example. Or a crazy trade, like the Buffalo Bills trading up with the Cleveland Browns to select Sammy Watkins with the fourth overall pick. After the first couple of picks, the draft is pretty unpredictable. Which brings me back to my original point: why do we invest so much time in mock drafts?

Is it because they are fun? Or because we cannot get enough football? It is likely a little of both. Actually, it is a lot of both. That said, if you constantly feel left down by your team’s first-round draft picks, perhaps it is time to spend less time reading as many mock drafts as your eyes can handle. Maybe your luck will change.

Get used to it pal!

I may be a little bias, but this is still the most accurate mock draft out there – Mock Mock Draft 2014, via WhatWouldBudDo.com. (I know, because I wrote it)