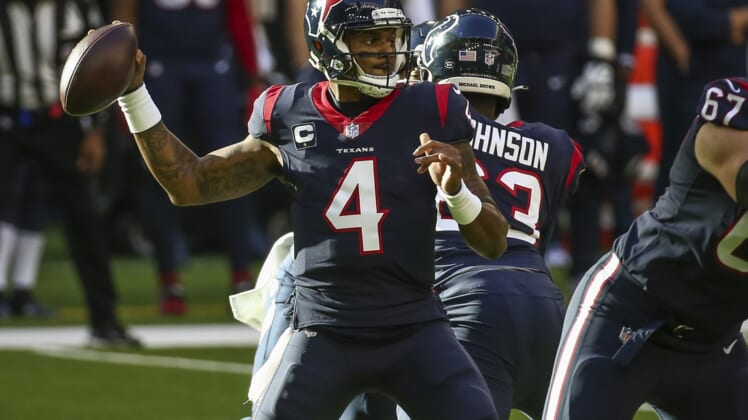 A third civil suit alleging sexual assault was filed against Deshaun Watson as the Houston Texans’ quarterback maintains his innocence.

Attorney Tony Buzbee filed the claim in Harris County, Texas, late Wednesday and appeared on the county website Thursday morning. A massage therapist is accusing Watson of sexual assault by allegedly forcing her to have oral sex with him in December 2020.

Two previous lawsuits against Watson, also filed by massage therapists, made claims of “civil assault” by touching the women with his penis.

Buzbee, who has gone on the offensive using social media, said Wednesday via Instagram he knows of six cases against Watson. Three have been filed.

Via Twitter, Watson said he declined a “six-figure settlement demand” and considers the claims “baseless.”

“I’m real comfortable with the kind of person that Deshaun Watson is, and I don’t like to publicly comment until I get all the facts,” Hardin said in an ESPN interview after the first two lawsuits were filed.

Hardin said “the allegations are really inconsistent with the kind of person he is.”

Watson had been prominent in offseason headlines prior to the allegations Tuesday because of a standoff with the Texans that began with the quarterback demanding a trade.

The Texans issued a statement Wednesday and said they would await further information before making additional comments.

“We take accusations of this nature that involve anyone within the Houston Texans organization seriously,” the statement said.