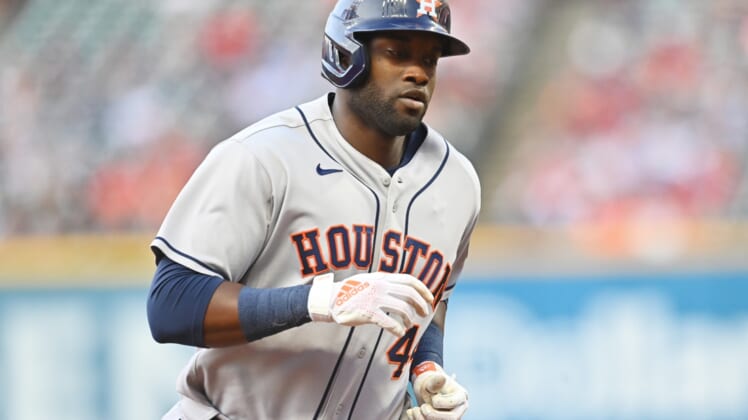 The Houston Astros on Monday activated slugger Yordan Alvarez from the paternity list and catcher Martin Maldonado from the bereavement list.

Alvarez was placed on paternity leave Friday. Maldonado has been on the bereavement list since Wednesday. Both players will be active for Tuesday’s series opener against Oakland.

Francis Martes has cleared outright waivers and has been subsequently outright assigned to Triple-A Sugar Land. Pitchers Ralph Garza, Jr. and Peter Solomon, and catcher Garrett Stubbs have been optioned to Triple A, all effective postgame Sunday.

Maldonado is hitting just .181 with five HRs and 21 RBIs in 60 games. He’s leading the major leagues with a caught stealing percentage of 45.8 percent.

The Astros are riding a four-game winning streak.