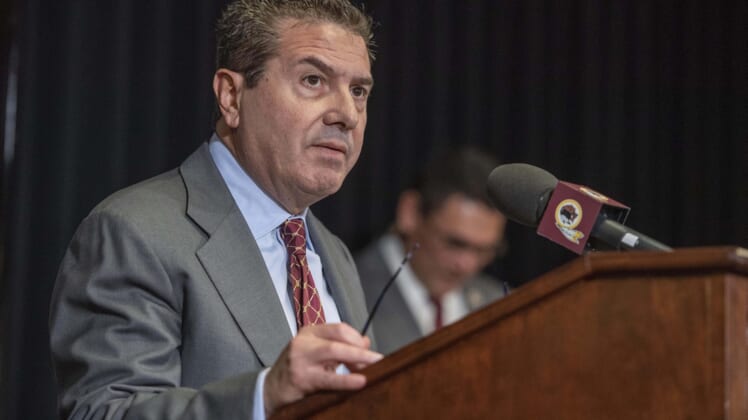 A congressional committee sent a letter to the Federal Trade Commission on Tuesday to share evidence showing that Washington Commanders owner Daniel Snyder withheld refundable deposits from ticket holders and hid revenue from the NFL.

The allegations were laid out in a 20-page letter sent by the U.S. House Committee on Oversight and Reform and obtained by The Washington Post.

“Evidence obtained by the Committee … indicate senior executives and the team’s owner, Daniel Snyder, may have engaged in a troubling, long-running, and potentially unlawful pattern of financial conduct that victimized thousands of team fans and the National Football League (NFL),” the letter began.

The discovery of potential financial impropriety came amid the committee’s investigation into sexual harassment within Washington’s workplace. The committee began to look at the financials after combing through 80,000 pages of documents and witness interviews regarding sexual harassment, the Washington Post reported earlier this month.

The financial allegations center on the testimony of Jason Friedman, who worked for the franchise for 24 years.

Friedman told the committee that the team kept “two sets of books” to underreport ticket revenue to the NFL. Revenues from Commanders games would instead be shown as derived from non-NFL events, like college football games or concerts. Those monies were called “juice” – extra money for the team and kept hidden so as to not be subject to the NFL’s revenue-sharing pool, per the letter.

The committee also indicated that Snyder withheld as much as $5 million in refundable deposits from season ticket holders.

Friedman “provided the Committee with information and documents indicating that the Commanders routinely withheld security deposits that should have been returned to customers who had purchased multiyear season tickets for specific seats, referred to as seat leases,” according to the letter. “… team executives directed employees to establish roadblocks to prevent customers from obtaining the security deposits they were due — effectively allowing the team to retain that money.”

The committee interviewed Friedman on March 14.

“Given the Federal Trade Commission’s (FTC) authority to investigate unfair or deceptive business practices, we are providing the information and documents uncovered by the Committee for your review, to determine if the Commanders violated any provision of law enforced by FTC and whether further action is warranted,” the committee’s letter says. “We request that you take any other action you deem necessary to ensure that all funds are returned to their rightful owners and that those responsible are held accountable for their conduct.”