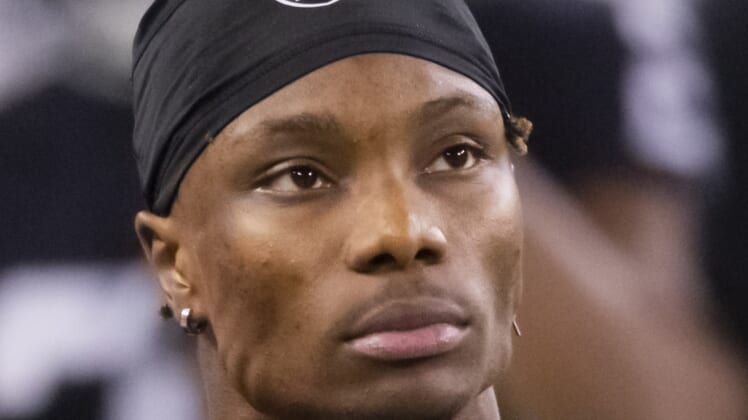 It was last Tuesday morning that the former Alabama standout was arrested after being involved in a high-speed accident just off the Vegas Strip. Authorities in the desert metropolis conclude that Henry Ruggs was driving 156 miles-per-hour shortly before colliding with a Toyota Rav4 owned by Tina Tintor, who was burned alive. Allegedly, Ruggs was two times over the legal blood alcohol limit.

In talking about the case in court Wednesday, prosecutors indicated that Ruggs faces more than 50 years in prison if convicted on all of the charges.

“The bare minimum would be two years in prison, up to as much as somewhere in the 50 [-years] range. These are non-probationable offenses,” Clark County District Attorney Steve Wolfson told reporters. “So the felony DUI charges, if Mr. Ruggs is convicted, he can’t get probation. He must get a prison sentence.”

A first-round pick out of Alabama back in 2020, Ruggs was immediately released by the Raiders once more information came out regarding the accident. He was seen as a franchise cornerstone in Vegas and was among the most popular figures within the team’s locker room. That’s why the incident in question was so shocking to the masses.

As for the charges, the DUI resulting in substantial bodily harm stems from Ruggs’ girlfriend suffering a serious injury as she was in the passenger seat of his car at the time of the accident.

Tina Tintor’s family also attended a previous hearing after the accident, releasing this statement in the process.

“Tina’s tragic loss has devastated her family beyond a grief they could ever comprehend. Family was everything to Tina, and she was the light of her parent’s life,” the family said through their attorney. “Tina lived in Las Vegas since she was a baby. She loved her three-year-old Golden Retriever, Max, who passed alongside her Tuesday morning. The Tintor family appreciates privacy as they mourn. May Tina rest in peace.”