Heisman Lock Marcus Mariota Has Been Perfecting His Pose For Years

After being slighted as a finalist for the likes of AJ McCarron and Jordan Lynch in 2013, Mariota is expected to win—and win big. While we won’t know just how big till then, many within the sports media are predicting a landslide, which will make Mariota the only Hawaii-born player to ever take the trophy.

Honestly, the timing couldn’t be better. There may be no player ever to strike a Heisman pose more often or with more easy than Mariota. He defaults to it so regularly that you’d think he was born that way.

Much like his game, however, Mariota has perfected the pose over three seasons as a starter in Eugene. Let’s take a look at the evolution. 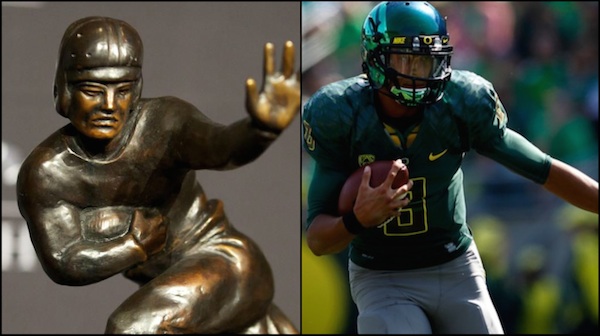 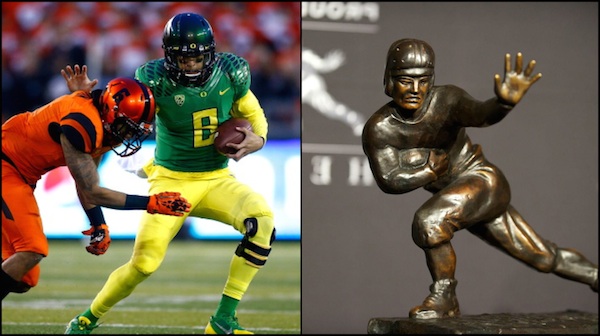 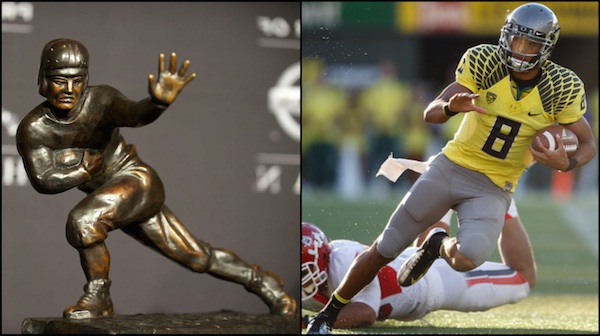 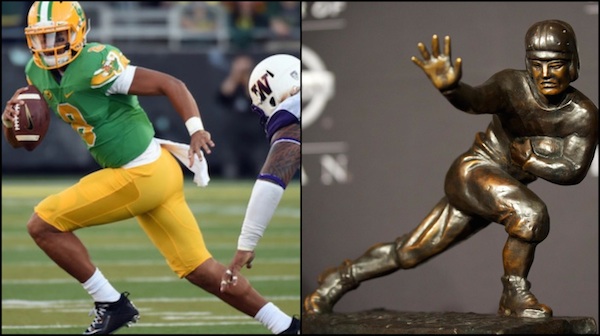 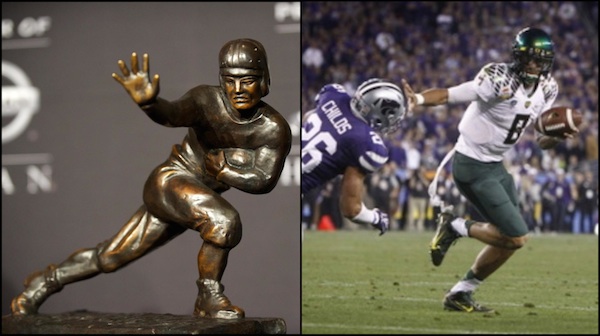 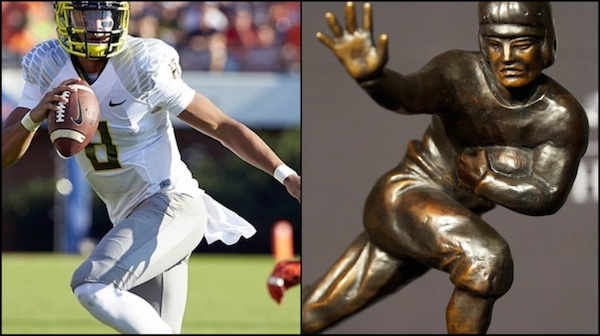 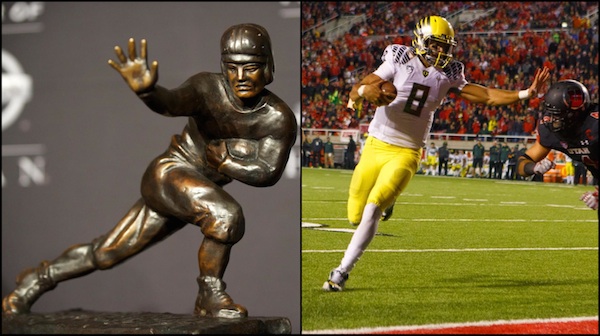 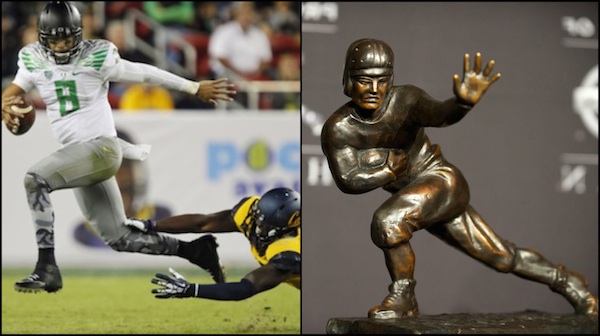 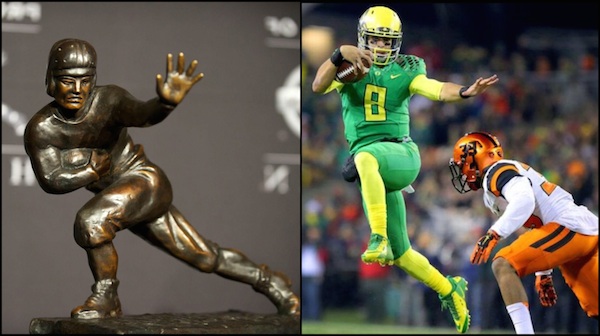 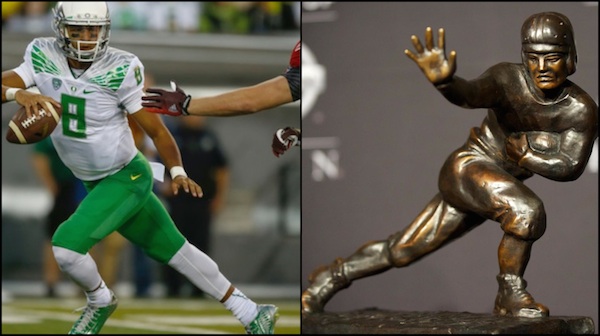 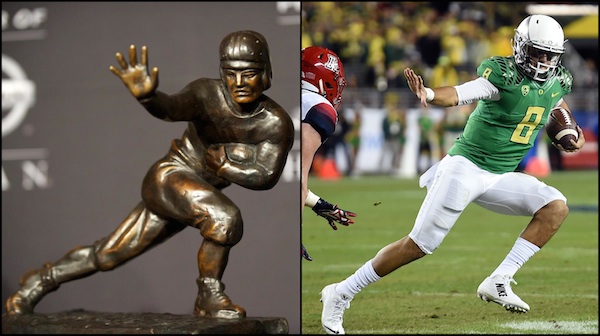 And here we have the winner!

Mariota’s form is officially perfect. The only thing left for him to do is show up and collect his trophy.