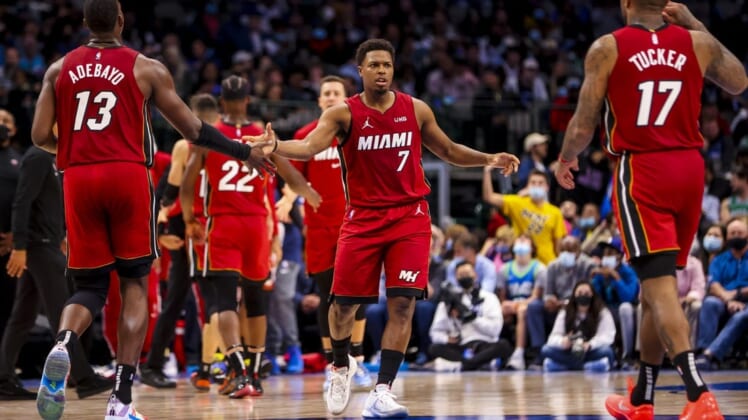 The Miami Heat on Friday listed forward P.J. Tucker and point guard Kyle Lowry as questionable for Saturday’s Game 3 of the Eastern Conference finals against the Boston Celtics.

Tucker, 37, sustained a left knee contusion during the third quarter of Miami’s 127-102 loss on Thursday. He had five points and four rebounds in 22 minutes before exiting.

The 36-year-old Lowry (left hamstring) sat out the first two games of the series and has missed eight of Miami’s past 10 contests.

A healthy Lowry would help the Heat as they were short of answers for Boston point guard Marcus Smart in Game 2. Smart missed the opener with a foot injury but returned to contribute 24 points, 12 assists, nine rebounds and three steals in 40 minutes. He made five 3-pointers and committed just one turnover.

Miami again listed guards Max Strus and Gabe Vincent as questionable with hamstring injuries, although both players participated in each of the first two games of the series.