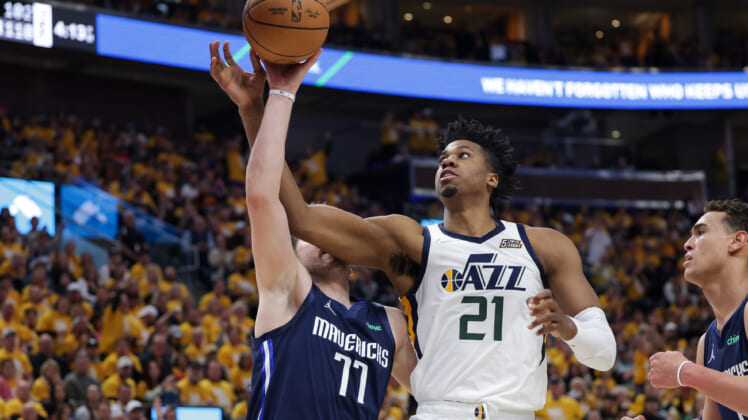 Hassan Whiteside and his Utah Jazz were not having a great go at it during Game 5 of their first-round playoff series against the Luka Doncic-led Dallas Mavericks.

With the series tied at two, Utah scored a total of 55 points through the first three quarters. You read that right. Fifty-five points.

Frustration became the name of the game for Utah with this thing out of hand midway through the fourth quarter. That included Hassan Whiteside getting ejected after a hard foul on Doncic.

As you can see, a good old-fashioned brawl almost broke out in the wild west after this foul. Mavericks players went to Doncic’s defense after it appeared that Whiteside attempted to hold up the Dallas star.

In the end, Whiteside was handed two technical fouls and thrown out of the game. Mavericks wing Reggie Bullock was also ejected after receiving his second tech of the game. Dorian Finney-Smith also received a technical in the spat.

It’s hard to blame Whiteside and his Jazz for being frustrated. They put up a disastrous performance one game after tying the series at home over the weekend. 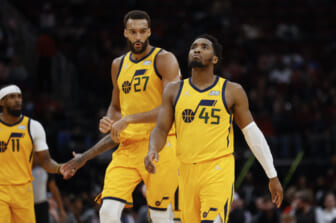 For his part, Hassan Whiteside scored two points in 13 minutes of action. Utah finished minus-18 with him on the court.

In his second game back since returning from injury, Luka Doncic dropped 33 points on 11-of-22 shooting. His Mavericks will now look to wrap up the series in Salt Lake City Thursday eveninng.