Gus Malzahn: Cam Newton should be protected like other QBs 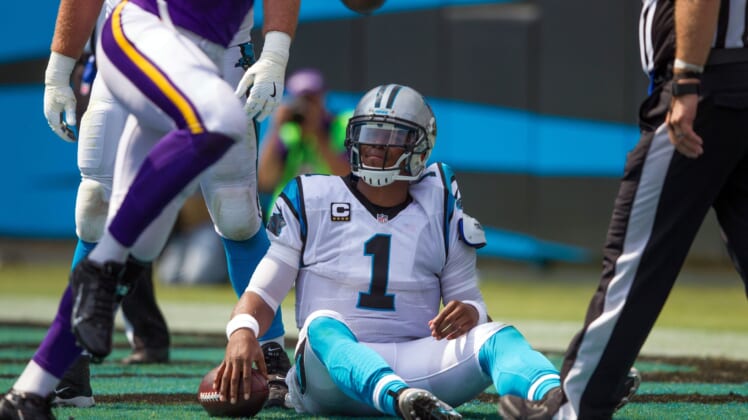 In 2010, Cam Newton led Auburn to a National Championship with Gus Malzahn serving as his offensive coordinator and quarterbacks coach. While Newton is long gone, Malzahn, now Auburn’s head coach, still has strong feelings about his former quarterback and how he should be treated in the NFL.

Malzahn was asked about Cam Newton and his relationship with the school. After praising Newton, Malzahn let it be known that he doesn’t the 2015 NFL MVP is getting treated like other quarterback.

“And I would say this since you asked, with all the referees in the NFL and all that, they need to protect him like they do the rest of the quarterbacks,” Malzahn said, per Josh Vitale, oanow.com.

The NFL has been way behind the curve in adjusting its rules to quarterbacks who move out of the pocket. Certainly, Newton makes himself the ball carrier far more often that quarterbacks like Matt Ryan or Tom Brady do. When that happens, he can’t be treated like a pocket passer.

Still, players from teams across the league routinely launch themselves at Newton and often are not penalized at all. What can be frustrating about this is that this is not a new issue. It’s been going for quite some time and the league has failed to address what’s been a fairly obvious double standard.

Malzahn is far from an unbiased source here. But neutral or not, he’s got a pretty good point.