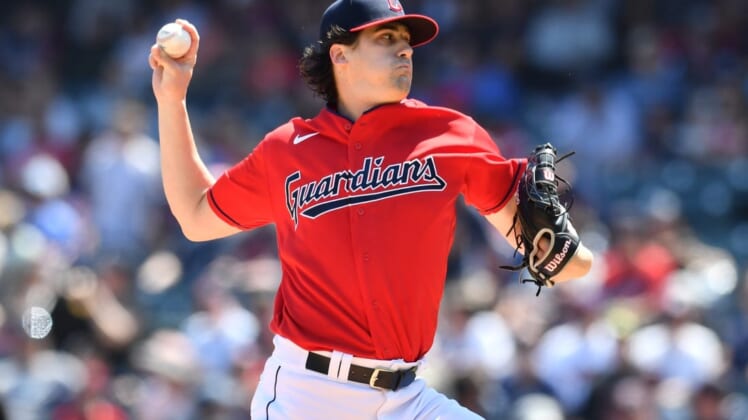 Cal Quantrill gave up one run over six innings and Jose Ramirez drove in three runs as the Cleveland Guardians rolled to a 6-3 victory over the visiting Oakland Athletics on Sunday.

Quantrill (4-3, 3.38) allowed one run and two walks with four strikeouts as he pitched at least six innings in his ninth-consecutive start. The only run he allowed came to the second batter of the game when Oakland’s Ramon Laureano hit a home run.

The Guardians won three of four games to take their fourth-consecutive series, while winning for the 10th time in their last 13 games.

Guardians closer Emmanuel Clase pitched a scoreless ninth inning for his 11th save.

The Guardians jumped on Cole Irvin (2-3) for three runs in the first to take the lead for good. Myles Straw and Amed Rosario scored on a double by Jose Ramirez. Owen Miller’s RBI single scored Ramirez for a 3-1 Cleveland advantage.

The Guardians added two more runs in the sixth for a 5-1 lead. Straw singled and came home on a Rosario double. With two outs, Oakland manager Mark Kotsay intentionally walked Miller to set up a lefty-lefty matchup with Josh Naylor, who singled to drive in Rosario.

Cleveland added an insurance run in the seventh when Austin Hedges scored on a fielder’s choice by Ramirez for a 6-1 advantage. Ramirez now has 59 RBIs on the season.

Oakland’s Christian Bethancourt and Seth Brown hit back-to-back home runs in the eighth to narrow the deficit to 6-3.

Naylor and Quantrill narrowly avoided a collision in the infield on a popup by Sean Murphy in the sixth. Naylor somersaulted after catching the ball and Quantrill ended up on his knees.