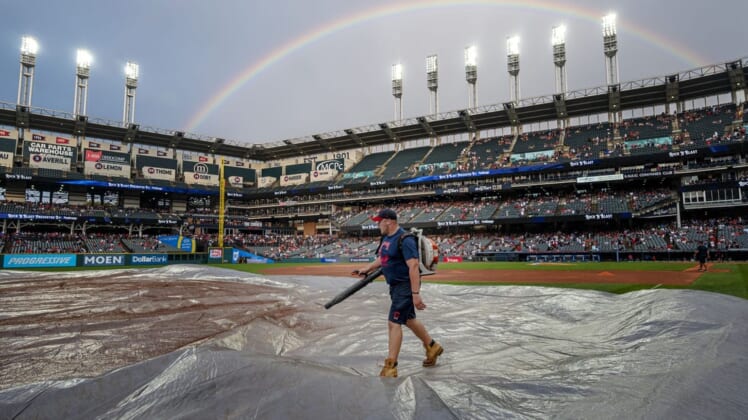 The Cleveland Guardians’ home game Monday against the Texas Rangers was postponed due to inclement weather.

Instead, the teams will play a traditional doubleheader Tuesday beginning at 3:10 p.m. Eastern.

The Guardians and Rangers were supposed to start a three-game series Monday night at Progressive Field. Their series will conclude Wednesday night.

It marks the start of a seven-game homestand for Cleveland (24-25), which has won six of eight. The Rangers (25-28) will complete a six-game road trip at the Chicago White Sox after this series.

Cleveland left-hander Konnor Pilkington (1-0, 2.65 ERA) is scheduled to start against Texas lefty Taylor Hearn (3-4, 5.48) in Tuesday’s first game, but pitchers for the second game have not been announced.