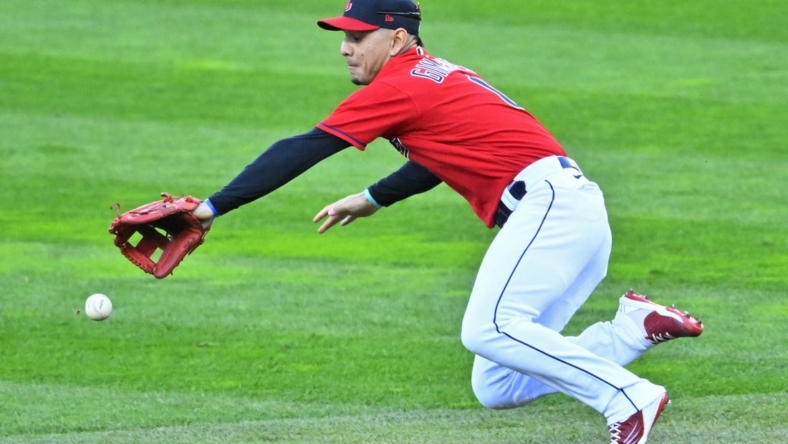 The Guardians (88-68) got things started in the eighth Will Brennan stroked a pinch-hit single and advanced to second on Myle Straw’s sacrifice bunt. Steven Kwan then lined an RBI double to left to tie it 1-1 before scoring on Gonzalez’s game-winner.

On a pitch from Shawn Armstrong (2-3), Gonzalez was jammed and hit a slow roller to the right of diving first baseman Ji-Man Choi to plate the go-ahead run for the Guardians.

The Rays (85-71) threatened in the ninth when Cleveland’s Trevor Stephan walked the bases loaded, but he struck out Choi and got Isaac Paredes on a flyout to shallow right to preserve the win with his third save.

Cleveland starter Cal Quantrill was attempting to tie a major league record in his 33rd career start at Progressive Field. The right-hander was 13-0 entering the game — one win shy of tying Vic Raschi’s record for an undefeated mark in one stadium. Raschi, a member of the New York Yankees, turned the feat by going 14-0 at the Chicago White Sox’s Comiskey Park from 1947-55.

Quantrill tossed six innings and allowed just a first-inning run and three hits. He struck out four without a walk. Enyel De Los Santos (5-0) earned the win with two strikeouts in a perfect eighth.

The Rays’ magic number to make the playoffs remained at one.

In their final regular-season meeting, the Rays tallied a run with some good two-out swings against Quantrill in the first.

Springs settled in after the third and kept the Guardians’ batters off-balance against his changeup over the next three innings — retiring the final 10 batters he faced.