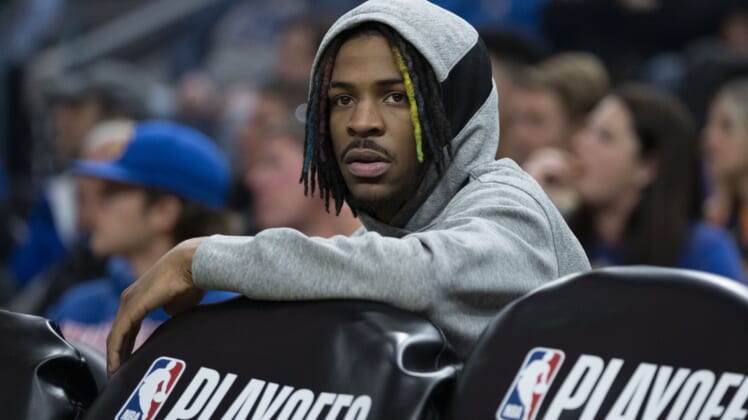 Memphis Grizzlies star point guard Ja Morant was diagnosed with a bone bruise in his right knee and is unlikely to play again this postseason, the team said Tuesday.

The Grizzlies said Morant is “doubtful for the remainder of the postseason but is expected to make a full recovery.”

Memphis’ season could be over as soon as Wednesday night. The Grizzlies face a 3-1 deficit to the Golden State Warriors in the Western Conference second-round series.

Morant was injured during Game 3 of the season and sat out Monday night when the Grizzlies let a 12-point, fourth-quarter lead get away in a 101-98 road loss.