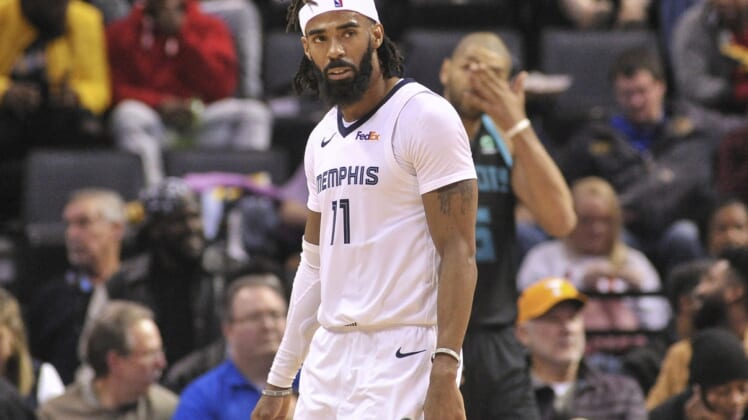 There’s been two different rumors flying around the Memphis Grizzlies after they landed the No. 2 overall pick in next month’s NBA Draft.

Now comes this piece of information from Marc Stein of The NY Times suggesting that Conley will be dealt soon after Morant is taken on June 20.

“In Memphis, at least, point guard should not be an issue. The Grizzlies are widely expected to use the No. 2 pick on Murray State’s Ja Morant and trade the ever-reliable Mike Conley in their last big move to fully leave the Grit ‘n Grind era behind for players who would fit well alongside the two young cornerstones,” Stein reported.

Among the teams interested in Conley, the Utah Jazz have pieces that could fit Memphis’ new philosophy.

At issue here is the fact that Memphis does not yet have a head coach. Whoever mans that spot will play a big role in the type of player(s) the Grizzlies want in return for Conley.

Conley, 31, is coming off a career-best season that saw him average 21.1 points and 6.4 assists. He’s also set to count $67-plus million against the cap over the next two seasons. That could limit the number of potential trade partners for Memphis.