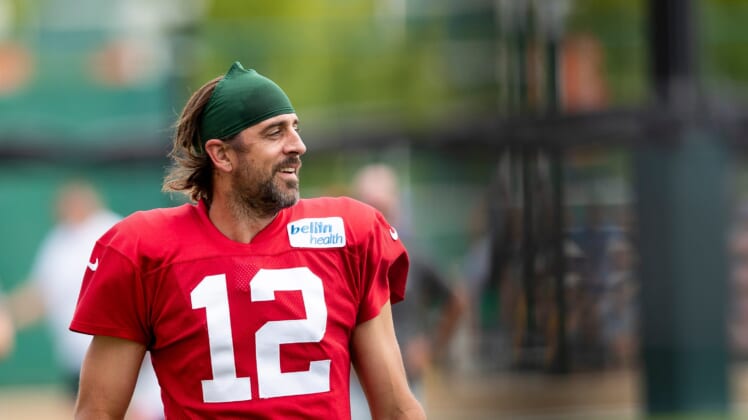 This will mark the 77th training camp in Green Bay’s history. While there is no drama surrounding quarterback Aaron Rodgers to follow this summer, fans will want to keep a close eye on everything going down in Green Bay. One of the best NFL teams enters with Super Bowl aspirations and the road to potentially bringing the Lombardi Trophy back home must begin with a great summer of practices.

Let’s dive into Sportsnaut’s Green Bay Packers training camp preview, examining everything you need to know from location, schedule and storylines to follow.

Green Bay Packers training camp practice will begin on July 27. Matt LaFleur announced, as per league rules, rookie will report to camp on Friday, July 27 to prepare for the upcoming season. After veterans report on July 26, practices will begin the next day on Wednesday, July 27.

Here is the history of where the Packers have held training camp over the years, via Pro Football Reference. The team is expected to also make its return to St. Norbert College this year, following a hiatus caused by the COVID-19 pandemic.

Can you go to Packers training camp?

Yes, a portion of the Packers training camp is open to the public. The Packers will hold 12 open practices this year.

One important note, the Packers and New Orleans Saints will hold a joint practice this year. The date for that practice will be released later this summer.

Packers Family Night will be held on Aug. 5 at Lambeau Field. For those unable to attend, the live practice will also be broadcasted locally and across Wisconsin.

Tickets for Packers Family Night go on sale June 29 at 10 a.m. and can be purchased here. Each ticket is $10 per person and there is a 10-ticket limit for each purchase. All individuals must have a ticket to attend, including children. Parking for the event is $5 and gates at Lambeau Field open at 5:30 p.m. with practice beginning and 7:30 p.m.

Here are the top storylines and Packers’ position battles to follow in training camp this summer.

The David Bakhtiari injury continues to haunt the Green Bay Packers. The All-Pro left tackle tore his ACL on Dec. 31, 2020. Playing without him proved costly in the NFC Championship Game, but Green Bay hoped he’d be ready for a late-season return in 2021. Instead, he suffered setbacks. After playing 27 snaps on Jan. 9, 2022 against the Detroit Lions, Bakhtiari’s surgically-repaired knee had more issues and he missed the playoffs. 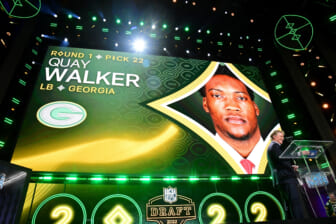 Fast forward to the summer and the Packers are “hoping” Bakhtiari takes part in training camp. More than 550 days removed from ACL surgery, Green Bay still doesn’t know if Bakhtiari will ever return to his pre-injury form. It’s the biggest storyline surrounding the team this summer.

Now or Never for Jordan Love

This certainly isn’t the scenario general manager Brian Gutekunst imagined when he selected quarterback Jordan Love with the 26th pick in the 2020 NFL Draft. Rodgers is under contract and planning to finish his career in Green Bay. So, Love has no long-term future in a Packers’ uniform.

Training camp and the preseason is the 23-year-old’s chance to generate buzz. Reports on him last summer were mixed, to put it kindly. The Packers’ front office is keeping him, but there is clearly no longer a strong belief in him right now. He’ll get plenty of reps this summer and he needs them to show he is developing. After all, positive reports are the only thing Green Bay can use to create trade value.

There is a lot of excitement for the 2022 Packers’ draft class. While Green Bay didn’t spend its first-round picks on a wide receiver, that shouldn’t take away from any enjoyment fans will have watching Quay Walker and Devonte Wyatt this summer. Walker is a ridiculous athlete for a linebacker and will bring physicality and juice that takes this defense to another level. As for Wyatt, he’s the complementary piece on the interior that Kenny Clark has wanted alongside him for years.

Naturally, there are others to keep an eye on. Christian Watson will cause frustrations with drops, but the length and athleticism will create ‘WOW” moments during practices. He’s a work in progress, but the flashes seen during training camp will remind fans of what he could become. The player we’d keep the closest eye on is Romeo Doubs, who could be the Packers’ best offensive rookie in 2022.

This is a pivotal time for both Watkins and Rodgers. For the veteran wide receiver, he is entering his age-29 season and already playing for his third NFL team in the last three years. Once a rising star, Watkins hasn’t cleared 500 receiving yards or two touchdowns since 2019. Matt LaFleur talked about the potential role Watkins could have in 2022, but that only comes if he proves in training camp that he deserves a roster spot for a Super Bowl contender.

As for Amari Rodgers, he is just a year removed from being selected with the 85th overall pick. A player many thought could make a huge impact in his rookie season instead had nearly as many fumbles (two) as catches (four). If Rodgers doesn’t prove himself, even on a thin depth chart, he might not make the 53-man roster for Week 1.