Green Bay Packers CEO: ‘We’re not idiots. Aaron Rodgers will be back’ 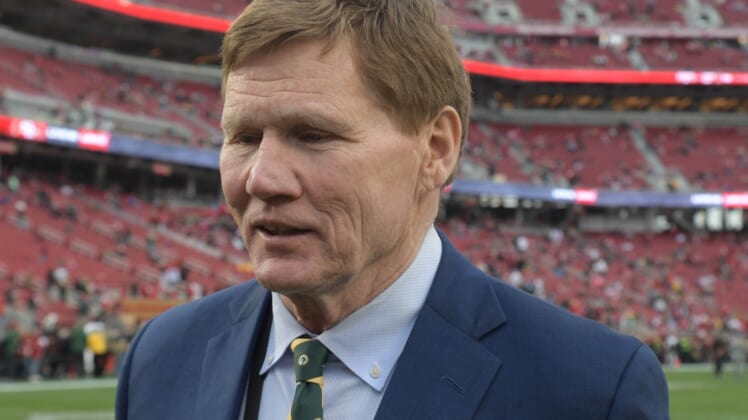 Green Bay Packers CEO Mark Murphy did his best to clear the air surrounding speculation of Aaron Rodgers‘ future with the team.

“We’re not idiots,” Murphy told The 5th Quarter Show on WNFL in Green Bay. “Aaron Rodgers will be back. He’s our leader.”

The rumor mill in regard to Rodgers’ future with the team was set in motion mere moments after the Packers dropped a 31-26 decision to the Tampa Bay Buccaneers in the NFC Championship Game on Sunday. Rodgers, 37, helped fuel conjecture by placing himself in a group of players with “uncertain” futures.

“There’s a lot of unknowns going into this offseason now. I’m going to have to take some time away, for sure, and clear my head and just kind of see what’s going on with everything,” Rodgers said. “But it’s pretty tough right now, especially thinking about the guys that may or may not be here next year. There’s always change. That’s the only constant in this business.”

Rodgers is the favorite to win NFL Most Valuable Player honors for the third time after passing for 4,299 yards and a franchise-record 48 touchdowns. Then again, questions began circling after the Packers traded up to select quarterback Jordan Love with the 26th overall pick of the 2020 NFL Draft.

From a financial standpoint, Rodgers reportedly is interested in a new deal on the heels of a sterling season. The third NFL MVP honor for Rodgers would prevent the second in three seasons for Kansas City Chiefs star quarterback Patrick Mahomes, who received a 10-year, $503 million deal in July.

Rodgers has two seasons left on a four-year, $134 million contract. He would not be an easy player to move via trade.

Andrew Brandt, who is a former agent and worked in the Packers’ front office, noted that the quarterback could have leveraged more in terms adjusting the deal to the marketplace had he waited to sign a contract and not jumped at the deal in 2018.

Rodgers agreed to a then-NFL record $57.5 million signing bonus, with $78.7 million fully guaranteed at the signing.