Golfers with most all-time major wins: How Tiger Woods, Phil Mickelson compare to past legends 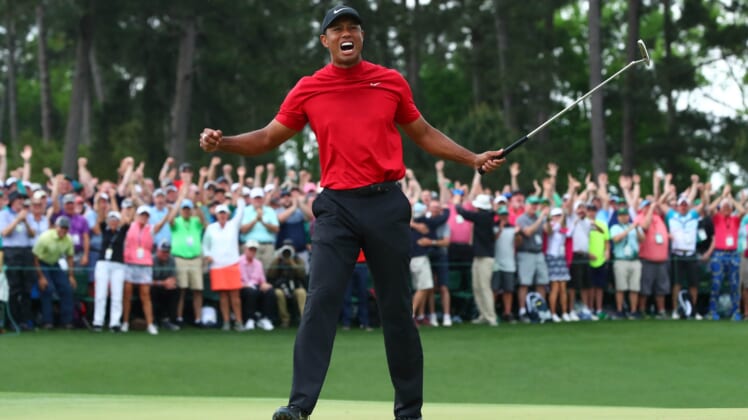 Golf careers are ultimately defined by success in major championships, so it’s worth looking at who has the most major wins of all-time.

Only 14 players have ever notched at least six major wins. Learn more about them below as we take a closer look at many of the game’s greats who rank among the most prolific major champions.

You almost can’t find a more fascinating collection of golfers than Mickelson, Faldo and Trevino. They all went about their business in wildly different ways, but still landed on six major wins apiece.

Mickelson, 51, is still active on the PGA Tour and won the PGA Championship last year at Kiawah Island, making him the oldest player at 50 years old to win a major.

The Lefty, who hoisted the Wanamaker Trophy, showed that he’s still capable of thriving at the highest level of golf, and it was also some nice payback for several other majors that didn’t go his way. With his short game brilliance that rivals anyone in history, Mickelson is a six-time runner-up at the U.S. Open, the only leg missing from his career Grand Slam.

In addition at the 2016 Open Championship, “Phil the Thrill” finished 11 strokes ahead of third-place finisher J.B. Holmes. Unfortunately, Henrik Stenson denied Mickelson a second Claret Jug, winning by three in a duel for the ages at Royal Troon. 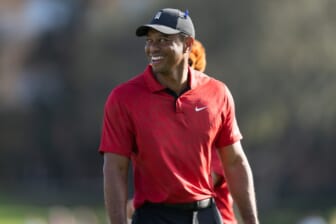 Faldo is a fascinating case. If you watch CBS golf telecasts, you’ll hear just how technical and cerebral his perspective is on the game. During his prime, Faldo overhauled his swing, which was unheard of at the time. He won all his majors thereafter.

A big reason the Masters is missing from Trevino’s major resume stemmed from his distaste for Augusta National, which he later walked back on. Trevino never finished better than 10th there, but managing to win each of the other three majors multiple times is a testament to how great he was.

T7. Arnold Palmer and four other golfers have 7 major wins

Harry Vardon dominated the Open Championship, and took his game stateside at the dawn of the 20th century to prove he could win on U.S. soil, too. Vardon was a runner-up twice at the U.S. Open, too. The trophy awarded to the winner of European Tour’s Race to Dubai is named in his honor, beginning in 1937.

Although he never competed in the PGA Championship, and started teeing it up in the Masters much later in his career, Bobby Jones was actually considered a career Grand Slam champion during his prime. That’s because the U.S. and British Amateur titles were deemed majors at the time.

You’ll notice that Gene Sarazen achieved the career Grand Slam, and he couldn’t have done it in more dramatic fashion. A double eagle during the final round of the 1935 Masters’ forced an 18-hole playoff, which Sarazen won by five strokes.

Sam Snead was a steady winner, and is tied with Tiger Woods for the all-time PGA Tour wins mark. He finished second in the U.S. Open four times to just miss out on the career Slam.

Finally, if you’re going to miss out on one major it’s probably best off being the PGA. Arnold Palmer was a groundbreaking golf superstar who did a whole lot of winning in a very short span, as all his majors came in a seven-year window.

Palmer’s rally from seven strokes back at the 1960 U.S. Open made for one of the best finishes in major history.

Only Harry Vardon managed more Open Championship wins than Tom Watson, but that’s not entirely fair to the latter. Watson got it done in an era of much fiercer competition with larger fields of contenders to fend off.

The most famous major wins of Watson’s career came when he bested Nicklaus head-to-head twice.

In the 1977 Open, the pair’s “Duel in the Sun” at Turnberry saw Watson prevail by one stroke. Several years later, at the U.S. Open, a chip-in birdie at the par-3 17th hole and a birdie at the last in the final round to best Nicklaus by two.

Combine all those instances of major glory with two green jackets, and it adds up to quite an outstanding resume for Watson. 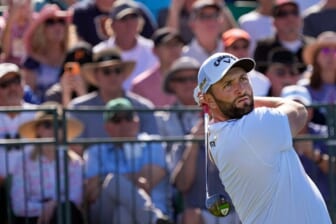 Two vastly different players who both achieved the career Grand Slam, Gary Player and Ben Hogan are among the five golfers to ever win all four majors.

Hogan was a phenomenal ball-striker and a longer hitter, whereas Player relied on accuracy, an excellent short game and putting to make up for his lack of distance off the tee. Player was a much more global player, but Hogan eventually proved himself across the pond by winning the 1953 Open Championship.

Fans rallied around Hogan after his near-fatal car accident in 1949, and the fact that he won six majors thereafter just goes to show his greatness and how fierce of a competitor he was.

Walter Hagen was a golf pioneer on so many fronts. In addition to being among the elite major champions to ever play, he was the first U.S.-born player to win the Open Championship, and the first golfer to become a millionaire from career earnings.

Between his influence on increasing tournament purses, his tasteful fashion sense and outstanding performance as a player, Hagen’s legacy is truly towering.

Perhaps the most impressive of his achievements was Hagen’s four consecutive PGA Championships. That was back when the major was played in a match play format, and the mind games he used to play with opponents made Hagen a devastating adversary to deal with.

The Masters is the only major missing for Hagen, but bear in mind, the first event was played in 1934, when Hagen was 41 years old. Especially back then, golfers were past their prime at that point. Thus, it doesn’t take away from Hagen’s impact at all that he lacks a green jacket.

It’s truly stunning that Tiger Woods accounts for so many of golf’s all-time iconic moments by himself, with so many of them coming on a major stage.

Breaking through with a 12-shot romp at the 1997 Masters, Woods revolutionized golf as we know it. From making fitness a greater part of the game, to lifting prize money to unfathomable heights and inspiring a generation all around the world, golf became cooler because of Woods’ persona and dominance.

The apex of Woods’ heyday came at the 2000 U.S. Open at Pebble Beach, where he lapped the field by 15 strokes. It was just beyond mind-boggling how far ahead of his peers Woods was at that particular event.

A long major drought ensued following the 2008 U.S. Open, when a hobbled Woods willed his way through an 18-hole playoff and claimed the prize at Torrey Pines. His personal life went off the rails, and injuries continued to plague him for a long time.

But Tiger eventually roared back, shocking the world with his win at the 2019 Masters Tournament that ranks among the most epic comebacks in sports history. While Woods didn’t come away from the 2022 Masters with a win, even making the cut just over a year after his horrific accident will be viewed as one of the most incredible achievements in a legendary career.

A record that may never be broken. Jack Nicklaus finished second in 19 majors, so his total could’ve been so much higher, but as it stands, anyone planning on catching him has their work cut out.

Nicklaus was the ultimate competitor, and as he ascended in the game, had to contend with the likes of Arnold Palmer, Tom Watson and many others. The Golden Bear was clearly the best of them all, showing remarkable consistency and a little late-career magic to add to his all-time majors mark.

While you can’t discount the greatness of any of Nicklaus’ major triumphs, he probably saved his best for last at the 1986 Masters, where he seized the green jacket at age 46 with a stunning rally. His seven-under final round of 65 earned Nicklaus a one-stroke victory at Augusta National.