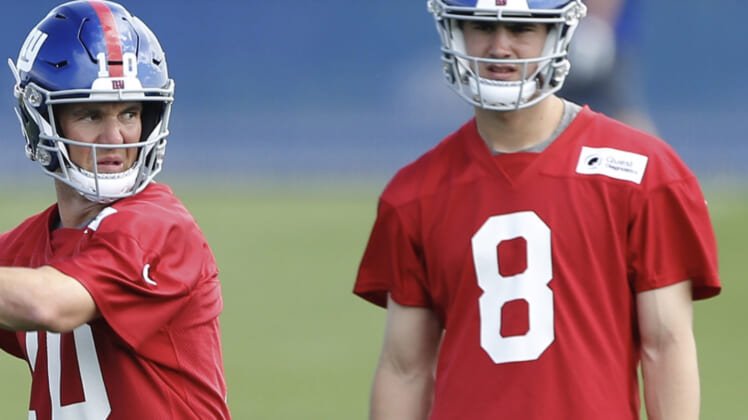 In talking about his new signal callers, the recently-signed veteran had one heck of a comparison.

“The good news with Dan’s situation is he is sitting right behind a Hall of Fame-type quarterback, so he is going to have an opportunity to learn some incredible tools that can help him in the future,” Tate said, via NFL Media. “I hope it’s kind of like that Brett Favre to Aaron Rodgers kind of situation eventually.”

That would be something for the Giants after they drew a ton of criticism by reaching for Jones with the No. 6 overall pick in the 2019 NFL Draft.

There’s certainly a long way to go before this can even come close to what we saw in Green Bay with the Packers. Despite having won two titles compared to Brett Favre’s one, there’s very few objective minds out there who would rank Eli Manning ahead of his older counterpart.

Of course, Tate is being optimistic here. We wouldn’t ask for anything less. It’s a ray of sunshine in what has been a disastrous past two calendar years for the Giants.