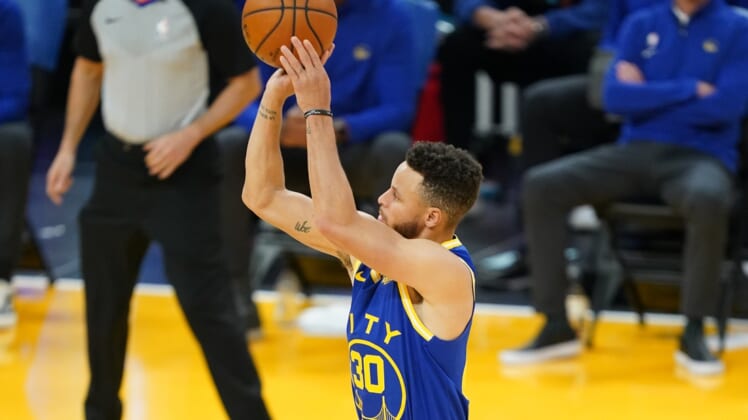 Golden State Warriors star guard Stephen Curry was ruled out of Friday’s game against the Toronto Raptors due to a lingering tailbone injury.

Curry recorded 36 points and 11 rebounds in 36 minutes during Golden State’s 116-109 loss to the Miami Heat on Thursday. The game was Curry’s second since tripping over a set of risers near the Houston bench during the Warriors’ 108-94 win over the Rockets on March 17.

A two-time NBA Most Valuable Player and seven-time All-Star, Curry is averaging a team-leading 29.2 points to go along with 6.1 assists and 5.5 rebounds in 41 games.