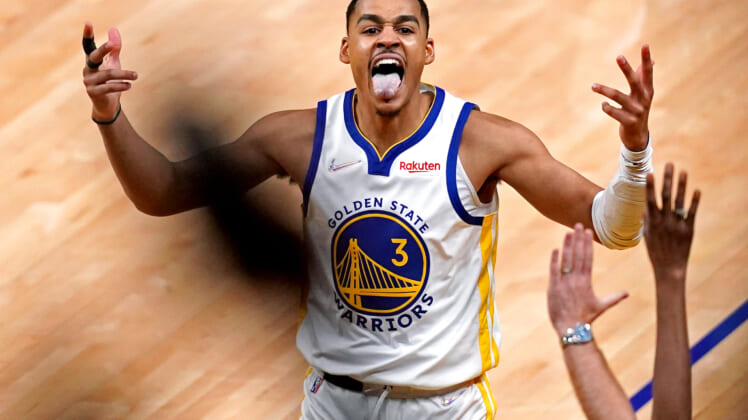 Both the Golden State Warriors and Dallas Mavericks — the two teams in this year’s NBA Western Conference Finals — are reportedly looking to find their way out of the first round of the NBA Draft.

The Mavericks and Warriors had a lot to be happy about in 2021-2022. Both teams exceeded expectations and Golden State could end the season the NBA Champions. However, such success doesn’t come cheaply and both organizations will have to spend big in the near future to try and maintain it.

Jordan Poole and Andrew Wiggins are players with only one year left on their deals after this season, and the organization will need to get one or both to sign extensions sooner rather than later. The Mavericks have more immediate concerns with Jalen Brunson becoming a restricted free agent this summer. Dallas is expected to pay whatever is necessary to retain their second-best player.

While both teams could certainly use future stars to groom, first-round picks earn solid money and would only add to each team’s luxury tax problems. On Tuesday, Bleacher Report NBA insider Jake Fischer reported that the two organizations are looking to get out of the opening round of this month’s draft and avoid bigger penalties next season.

Assuming they can find a trade partner, here are four trade scenarios — two apiece — for the Mavericks and Warriors to get out of the draft’s first round.

The Mavs have the better of the two late first-round picks at 26, meaning there’s has slightly more value. In one possible scenario, the Indian Pacers — a team in the early stages of a rebuild — send their 2nd round pick at 31 and cash, to Golden State for their selection at 26. It gives the Mavericks a value pick but one that will still make second-round money.

Another option would be for the Minnesota Timberwolves to offer up their second-round picks at 40 and 48 for Dallas’ selection. In this situation, the Mavericks could either move those picks in the 40s elsewhere or select some players they can stash and develop for a couple more seasons. 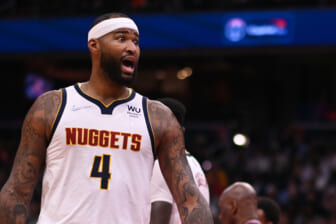 The Warriors already have two picks in the second round and likely won’t want more. In one scenario, the Pacers could come back into play and offer up the two second-round picks they have in 2023 for Golden State’s at 28.

If not that, the New York Knicks have three second-round picks in 2023 to throw at the Warriors. They could send out two of those to get a second selection in Round 1 and gives them two selections maybe move up, as has been rumored, or give Tom Thibodeau another young talent to mold. In either scenarios, the Warriors get to punt on a first-round pick in 2022.