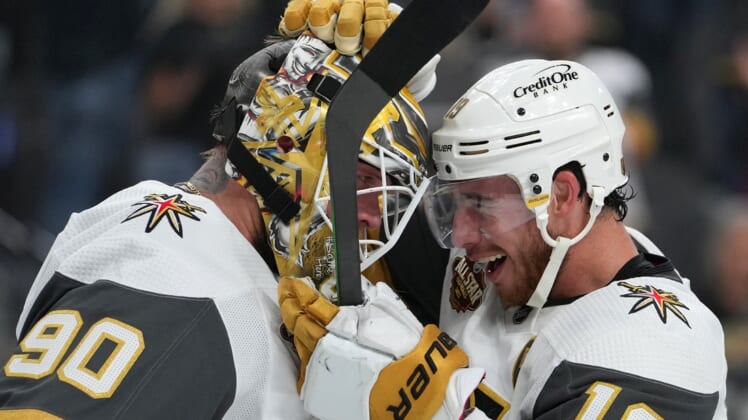 The Vegas Golden Knights placed goalie Robin Lehner and forward Reilly Smith on injured reserve Monday, adding more bad news for a team that has dropped into fourth place in the Pacific Division while on a four-game losing streak.

Lehner, 30, left the team and returned to Las Vegas after Tuesday’s 2-1 road loss against the Philadelphia Flyers. He had 19 saves in the defeat, which was the first loss in the current four-game slide.

Smith, 30, also was injured in Tuesday’s game and is not with the team as it gets set to face the Winnipeg Jets on the road Tuesday following Sunday’s 6-4 loss to the Columbus Blue Jackets. The specifics of his injury have not been disclosed.