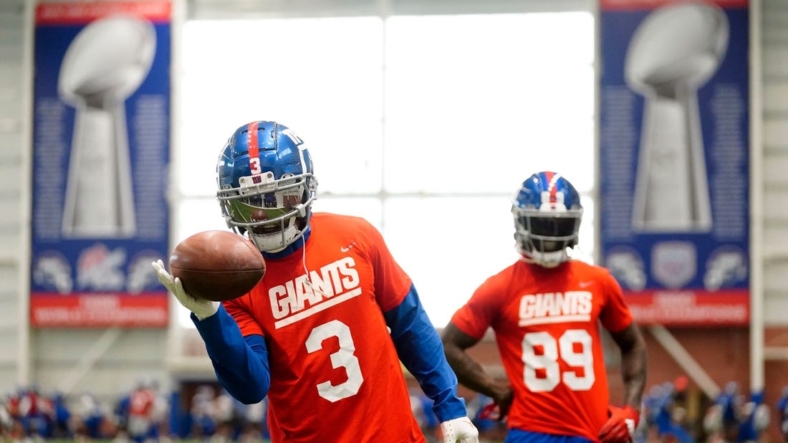 Sterling Shepard declared himself “ready to go” for the New York Giants’ regular-season opener, but whether the wide receiver is active at the Tennessee Titans on Sunday remains to be seen.

Giants coach Brian Daboll said Friday that all four of the players who have been limited in practice this week will be game-time decisions. That would included Shepard, who is returning from a torn Achilles tendon suffered in December, first-round pick Kayvon Thibodeaux (knee), defensive back Dane Belton (clavicle) and defensive end Azeez Ojulari (calf).

Shepard returned to practice just two weeks ago and was activated from the physically unable to perform list on Aug. 24. He is listed as a second-string wide receiver behind Kenny Golladay, Kadarius Toney and rookie Wan’Dale Robinson, but Shepard told reporters this week that he plans to play.

Belton was officially listed as question on Friday while Thibodeaux and Ojulari were listed as doubtful.