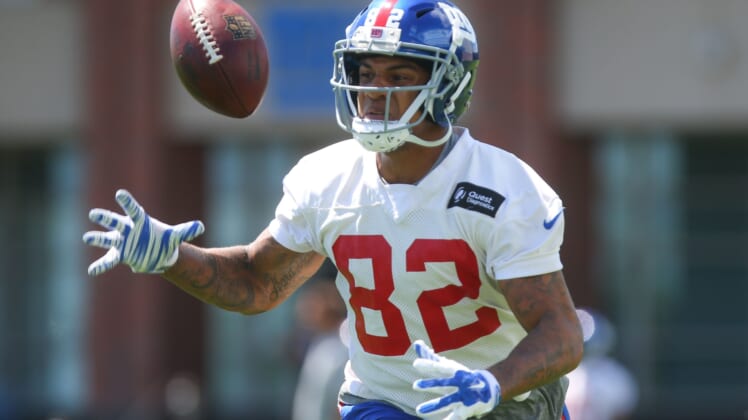 “Lewis’ 2012 Audi was initially pulled over on June 4 in Reynoldsburg, Ohio for speeding and tinted windows. But during the stop, cops tell us they smelled weed and noticed signs of intoxication.”

Lewis refused a breathalyzer test, per the report, and was taken into custody, released to a sober friend on his own recognizance.

Originally an undrafted free agent out of Bowling Green in 2016, Lewis caught seven passes for 97 yards and two touchdowns for the Giants last year. He was one of the players who infamously partied on a yacht in South Beach with Odell Beckham Jr. before last year’s wild card game against the Green Bay Packers.