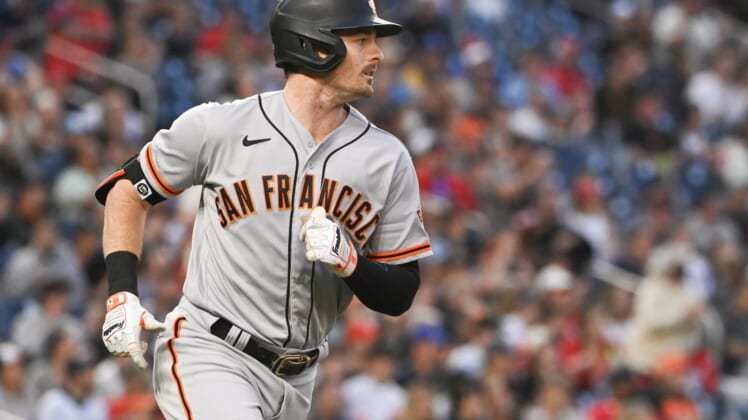 San Francisco Giants outfielder Mike Yastrzemski was placed on the COVID-19 list Sunday after testing positive for the virus.

Yastrzemski, 31, is batting .267 with one homer and three RBIs in 14 games this season. He has begun to heat up of late, however, going 7 for 15 with a homer and two RBIs in his past four games.

“It really (stinks),” manager Gabe Kapler said, per the San Jose Mercury News. “He was obviously playing really good baseball. He would’ve been in the lineup today. It’s disappointing.”

The grandson of Hall of Famer Carl Yastrzemski, the younger Yastrzemski is batting .256 with 57 homers and 164 RBIs in 316 career games with the Giants.

The Giants were unable to bring in another player as a corresponding move prior to Sunday’s game against the Washington Nationals.