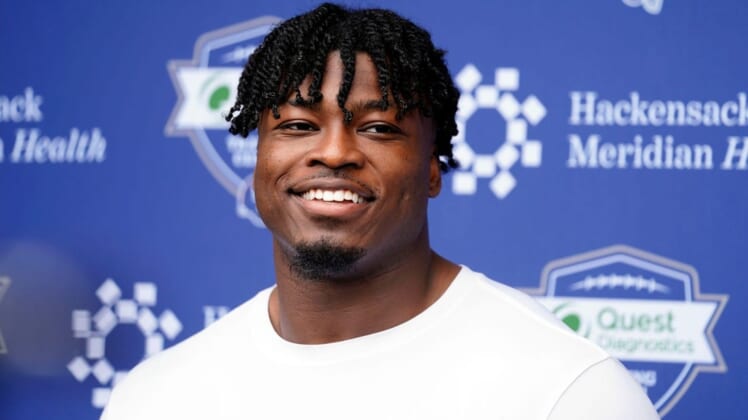 Ojulari had been sidelined with a hamstring injury since training camp opened on July 26.

The 22-year-old set the franchise’s rookie record with eight sacks last season. He also had 49 tackles and a forced fumble while appearing in all 17 games (13 starts) since being selected by the Giants in the second round of the 2021 NFL Draft.

Also on Sunday, the Giants waived defensive back Michael Jacquet and guard Josh Rivas and terminated the contract of defensive back Jarrod Wilson. All three played in the Giants’ 23-21 preseason victory over the New England Patriots on Thursday.