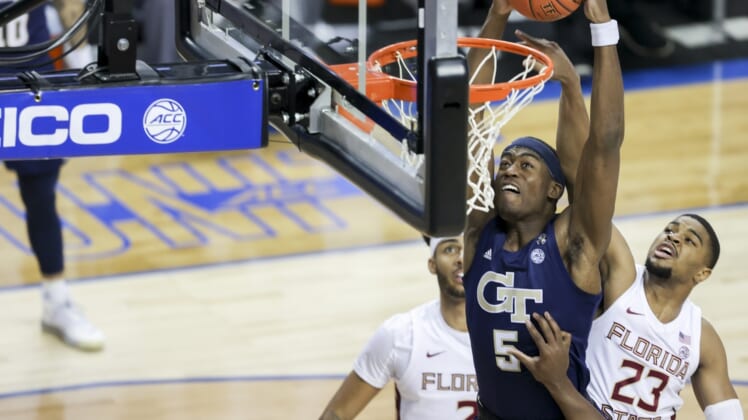 According to CBS Sports, Wright’s absence is related to COVID-19, and he also would miss the ninth-seeded Yellow Jackets’ second-round game in the Midwest Region against either top-seeded Illinois or 16th-seeded Drexel should Georgia Tech advance.

Coach Josh Pastner and a team spokesman would not confirm the reports when reached by the Atlanta Journal-Constitution.

Wright, a 6-foot-9 senior, is Georgia Tech’s leader in scoring (17.4 points per game) and rebounding (eight boards per game). In the Yellow Jackets’ 80-75 win over Florida State in the ACC final on Saturday, Wright had 15 points, eight rebounds and three blocked shots.

Eighth-seeded Loyola Chicago (24-4) won the Missouri Valley Conference title as part of its current six-game winning streak. The NCAA Tournament committee seeded the Ramblers far lower than their No. 17 spot in the final AP rankings would have indicated.