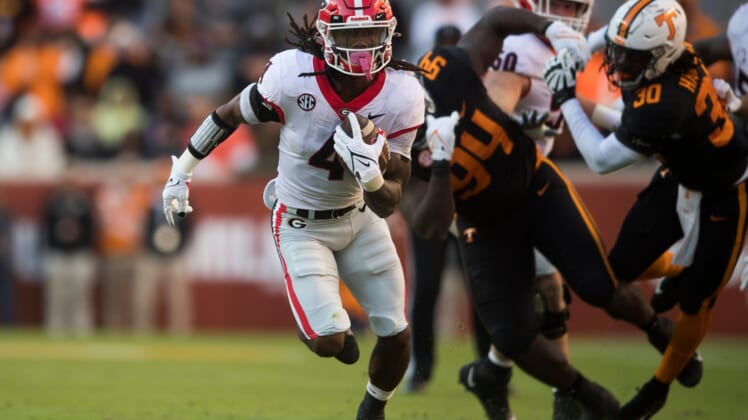 Georgia was the best team in college football last season and continued its domination into the NFL draft.

The national champions had 15 players selected in the three-day draft, setting a record for the seven-round era that began in 1994.

The Bulldogs began with a rush as five defensive players were picked in Thursday’s first round, with edge rusher Travon Walker going No. 1 overall to the Jacksonville Jaguars.

Joining Walker in the first round were defensive tackle Jordan Davis (No. 13) by the Philadelphia Eagles, linebacker Quay Walker (No. 22) and defensive tackle Devonte Wyatt (No. 28) both going to the Green Bay Packers, and safety Lewis Cine as the 32nd and final pick of the round by the Minnesota Vikings.

In the second round, receiver George Pickens was selected by the Pittsburgh Steelers and running back James Cook was chosen by the Buffalo Bills.

Star linebacker Nakobe Dean was the sixth defensive player chosen when the Eagles took him in the third round. Linebacker Channing Tindall went to the Miami Dolphins later in the round.

The Las Vegas Raiders selected running back Zamir White and the Tampa Bay Buccaneers chose punter Jake Camarda in the fourth round.