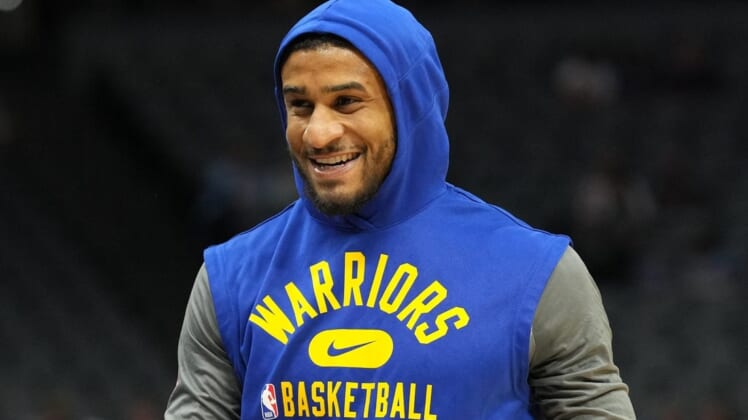 Gary Payton II, Otto Porter Jr. and Andre Iguodala — who are each dealing with various injuries — were full participants in practice for the Golden State Warriors on Tuesday.

The Western Conference champions will host the Boston Celtics in Game 1 of the NBA Finals on Thursday, so gaining extra reinforcements along the bench could be a positive development for Steve Kerr’s side.

“Gary, Andre and Otto all took part fully in practice today,” Kerr told reporters Tuesday. “We did not do a live scrimmage, but we did do kind of scout-team work, half-court offense and defense … It was definitely work that was ramped up. Seems like everybody got through it well, but we’ll know more tomorrow and then we’ll have another practice tomorrow.”

Payton, 29, has been out since the conference semifinals, when he injured his left elbow against the Memphis Grizzlies. Payton told reporters Tuesday that he’s “starting to feel normal” but he’s “still not me yet.” Kerr said Payton had extended his shooting range recently.

“That’s part of what he’ll be doing tomorrow as we determine whether he’ll be able to play,” Kerr said of Payton.

According to a report from Stadium on Tuesday, Payton will be a game-time decision for Game 1 of the Finals. Payton led the team in steals this season, averaging 1.4 per game.

Porter, who turns 29 on Friday, has missed three games over the last two rounds with sore feet. Iguodala hasn’t played since Game 4 of the first round due to a lingering neck issue.

Porter was the Warriors’ sixth-leading scorer and third-best rebounder this season, averaging 8.2 points and 5.7 rebounds per game. A former Finals MVP, Iguodala is the oldest Warrior on the team at 38 years old.

Also on Tuesday, Payton was named the winner of the new Bob Lanier Community Assist Award for “for his ongoing support of youth facing hardships and with learning disabilities,” the NBA said.

Game 1 of the NBA Finals tips off at 9 p.m. EST on Thursday.