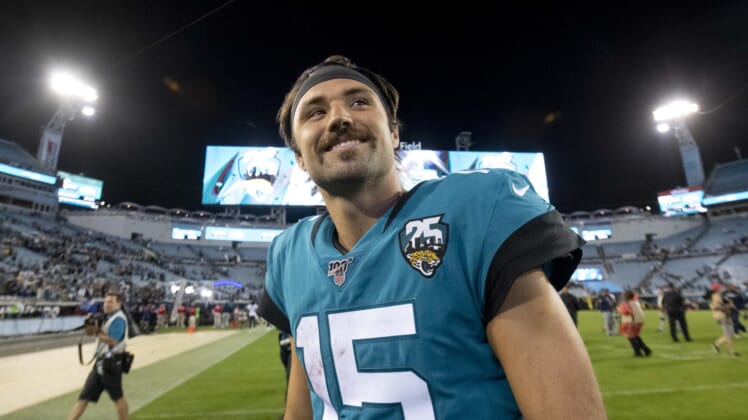 Gardner Minshew is one of the hottest players in the NFL right now, thanks to his exploits on Thursday night, his legendary mustache and his wild pre-game attire.

Turns out, Minshew is also one of the craziest people out there.

The Jacksonville Jaguars quarterback appeared on the “Pardon My Take” podcast Friday and related the craziest story we’ve heard in a while involving whiskey, a hammer, and a desire to extend his college football career.

He wanted to land a medical redshirt during his tenure at East Carolina, before his emergence onto the national scene at Washington State. In his attempt to do just that, he took drastic measures but failed miserably.

Minshew couldn’t break his own hand, but he shared that it was swollen for a few weeks and that he ended up telling his coaches he closed it in a car door.

If that doesn’t further the legend of Gardner Minshew, then I’m not sure what will.