With the unveiling of the new Seattle Seahawks Super Bowl ring, we decided to spend some time doing research in order to come up with the top-10 Super Bowl rings of all-time. Spoiler alert, Seattle’s ring from its title this past February ranks high on the list. 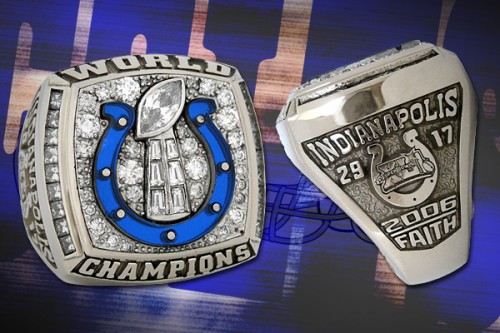 You have to love the blue horseshoe in the center, which is topped off by the Lombardi Trophy. The term “faith” gives us some personalization about what the Colts were thinking as a team following the Super Bowl victory. 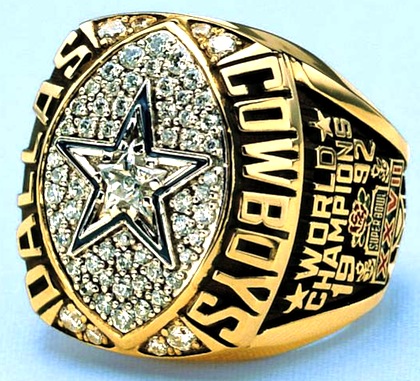 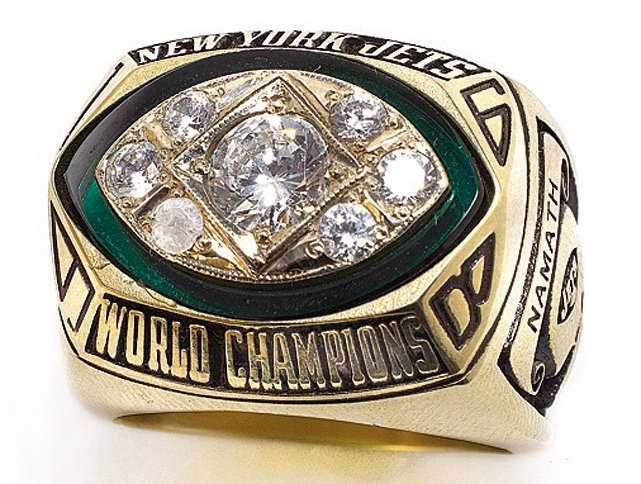 The oldest ring on this list, Joe Namath’s New York Jets knew style in every possible way. You have to love the football shaped green outline in the center of the ring. This particular ring is Namath’s. 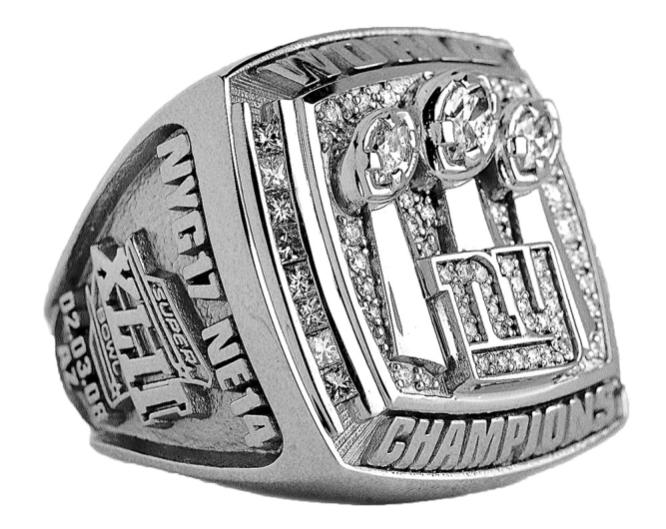 Some may say that this ring is colorless, but that’s what makes it look so slick. The three Lombardi Trophies, which are right above the NY logo, makes this specific ring that much better. 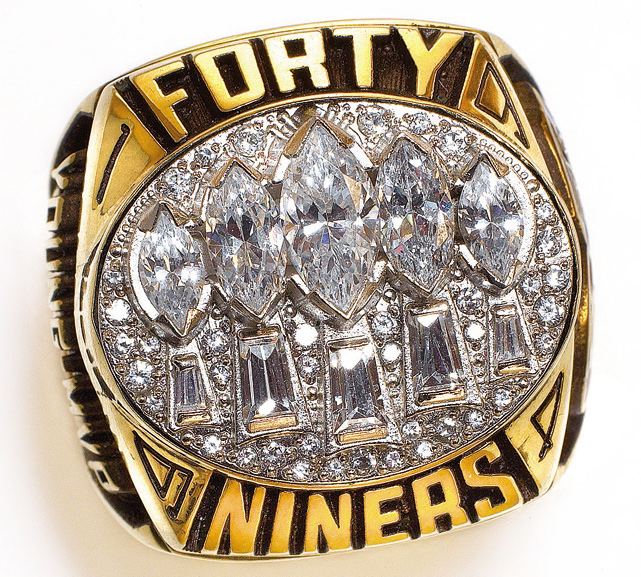 Only a couple teams can pull off the gold and diamond look, San Francisco is most definitely one of them. What makes this ring so grand is the five Lombardi Trophies in the center. San Francisco was the first to win that many, and made darn sure everyone knew it. 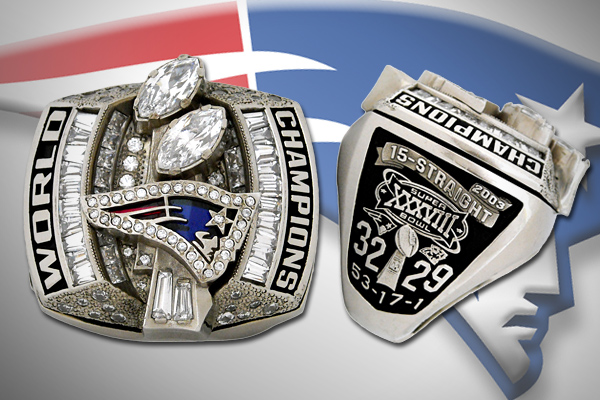 I absolutely love the black on the side, which shows 15 straight and the final score of the game. Interestingly enough, this specific ring also has the Carolina Panthers logo embedded in it. On the front, it’s the Patriots logo, which looks great, and the Lombardi Trophy. Great design right here. 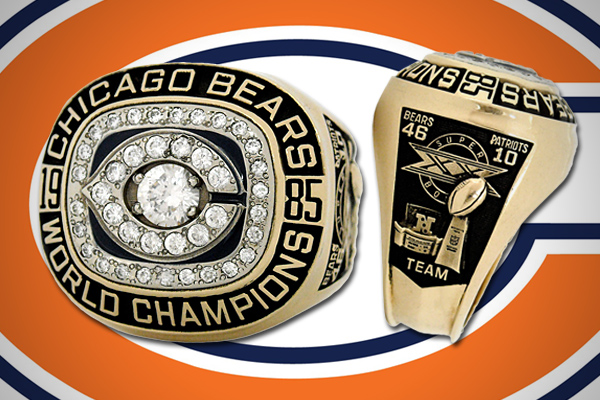 Not as many diamonds as some of the other rings on this list, Chicago’s somewhat bland looks goes over well here. The “C” logo, which has a huge diamond within it, gives this one a great look. 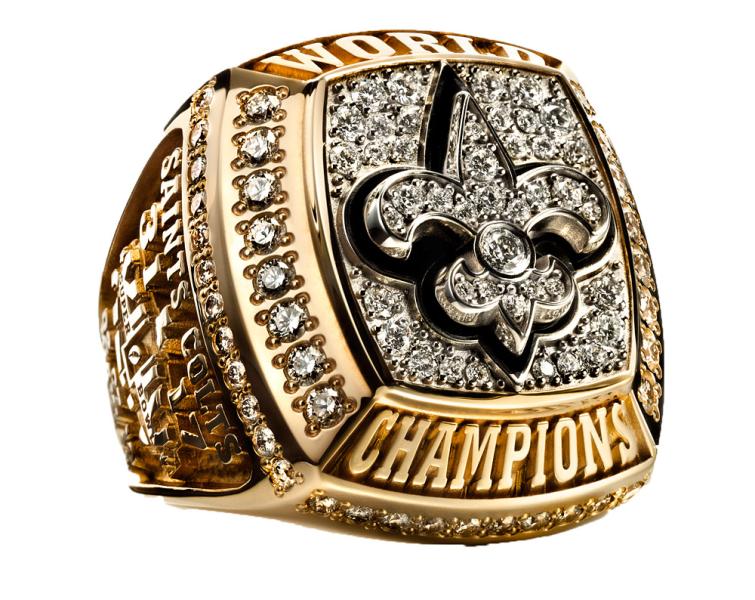 Speaking of teams that can pull off the gold and diamond look, the Saints have to be first in that category. Diamonds all around the outside of the ring, coupled with a solid gold look, gives this ring a nice feel to it. The Saints logo, consisting of diamond, tops it off. 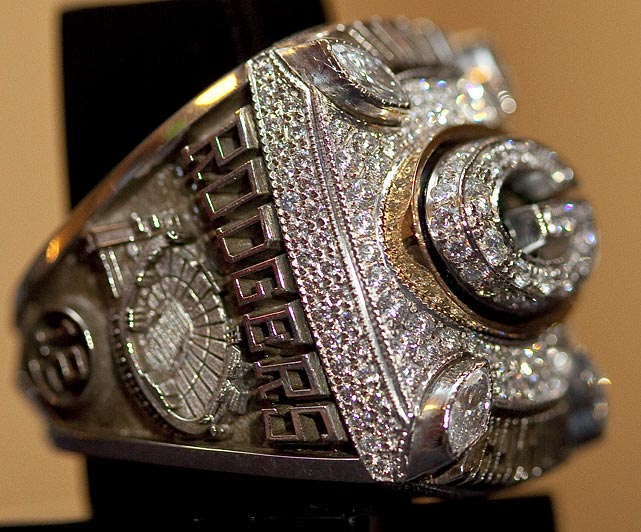 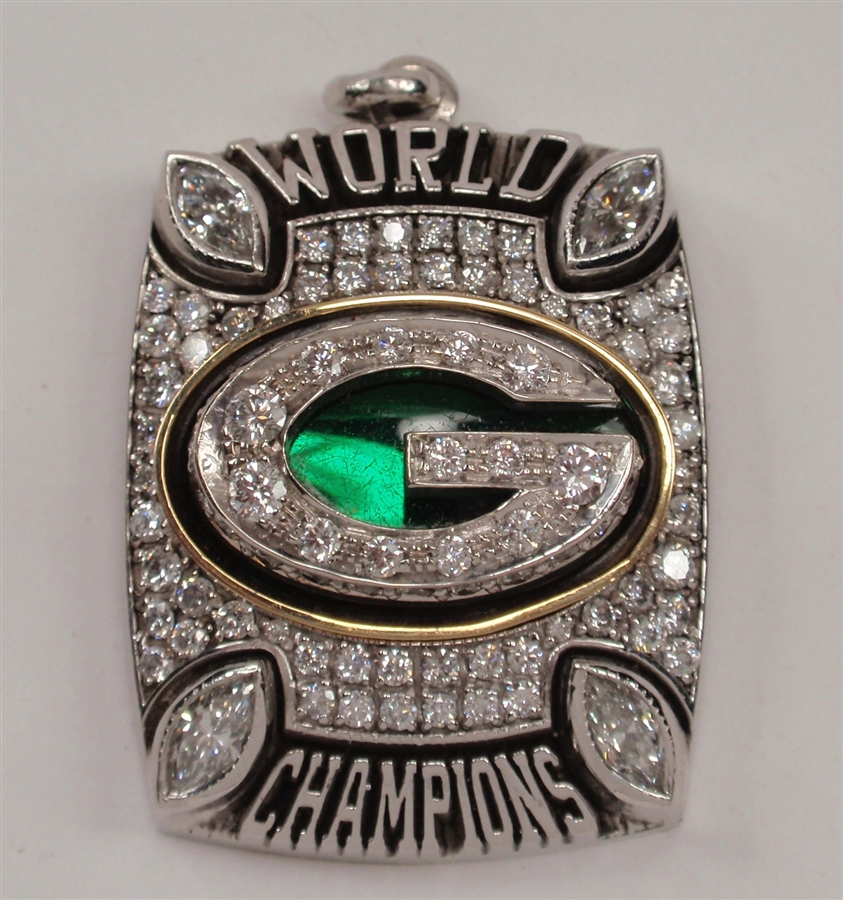 It was a tough decision between the two-best rings of all-time. This Packers Super Bowl ring is scary sexy. I love how the Packers logo is pushed out a tad here, giving us a great side view of it. The green background within the logo is stellar.

Framed by 12 gemstones. Engraved with 12 feathers. 12 Flags on top, bottom and the stem. Our #SuperBowlRing. pic.twitter.com/lqlzqCpiQf

Man, this is sexy. You have to love the Seahawks logo with the small green eye, which could be taken to be menacing…much like their defense was in 2013. More than that, the simple look gives you an ability to check out the messages embedded within the ring.

“What’s Next” is an indication that Seattle is planning for bigger things moving forward. The 43-8 score leaves no doubt about who the best team in the Super Bowl was. The diamond and all silver look moves us forward from the gold crap of that past. This ring is perfect in every possible way.