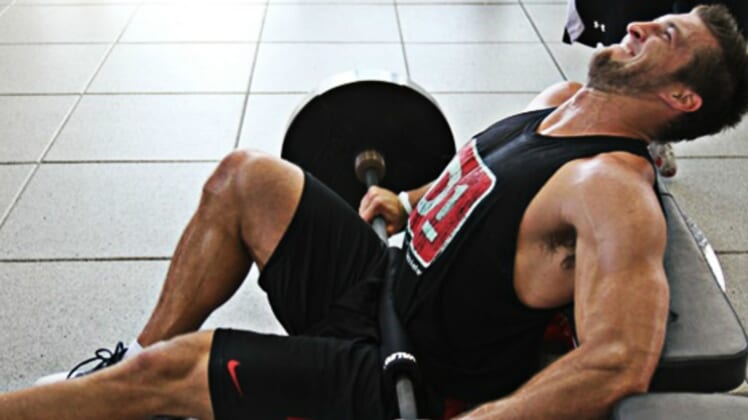 Proving that years of hard work spent in the gym pay off, ex-NFL quarterback, Tim Tebow has been given another chance to join the league to play as a tight end for the Jacksonville Jaguars.

After last spending a preseason with the Philadelphia Eagles in 2015, Tebow still maintains his excellent sculptured physique, after once claiming he is in the best shape ever.

Let’s take a look at how this 33-year-old athlete keeps his body in tip-top condition.

Oh and then there is this. Tebow is chopping down trees and moving cars like a boss!

He doesn’t look any less shredded than he was in this 2014 workout, right?

Tebow will turn 34 by the time the 2021 season kicks off. He does have to make it through training camp and the preseason, but he looks every bit the part of a legit NFL player out there practicing with his new Jaguars teammates.

Tebow’s NFL career began with the Denver Broncos in 2010 when he was drafted 25th overall. There he spent two seasons when he helped his team make the playoffs in 2011.

Always a fan-favorite, but judged for his unorthodox quarterbacking skills, Tebow bounced about the league from 2012-2015. He then dabbled with playing baseball with a few minor league clubs from 2016-19, while also trying out his booth skills as a college football analyst.

Aside from all of this, Tebow has always spent much of his time working with his foundation and with other charitable entities. But, he was not too busy to get married in May of 2020.

For now, we wish him nothing but the best as he attempts to revive his NFL career playing tight end and catching passes from the young Trevor Lawrence.