Galaxy, Rapids running out of time to move into playoff position 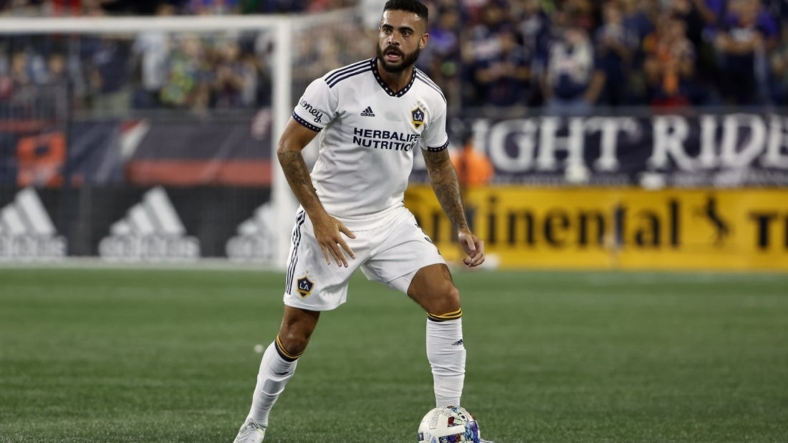 The Colorado Rapids and host Los Angeles Galaxy are both below the playoff line as they meet up for a highly pivotal Western Conference match on Saturday night in Carson, Calif.

The Galaxy (11-12-7, 40 points) are in eighth place in the West, three points behind Real Salt Lake, the current holder of the seventh and final playoff berth.

Los Angeles is just 0-1-3 over its last four matches and has four regular-season games remaining.

The Rapids (10-12-9, 39 points) are one point behind the Galaxy — the Seattle Sounders also are tied with Colorado in points — and are 2-0-1 over their past three games. The Rapids have three matches remaining.

Colorado, which is just 1-10-4 on the road, is hoping to carry confidence into the matchup after back-to-back impressive home wins.

“Obviously we’ve done well to win our two games at home, but we have to go on the road,” Rapids coach Robin Fraser told reporters. “LA is obviously a very good team and they’re very good at home. … It’s just so tight right now, and we have to win. LA has to win. There are a lot of teams that have to win at the moment.”

The Galaxy are facing urgency in their own right because they haven’t won a match since Aug. 28 against the New England Revolution. Los Angeles tied three consecutive matches and then was whipped 3-0 by the host Vancouver Whitecaps on Wednesday.

The tough loss leaves the Galaxy facing the possibility of missing the playoffs for the third straight season and fifth time in six campaigns.

“We have another massive game, biggest game of the season coming up, and we have to put this one behind us,” Galaxy defender Derrick Williams said. “Have this feeling that we’re feeling now and bring it into the game, so we’re hurting a bit, so everyone’s like ‘Come on, let’s leave it all out there and really go for this game.'”

Colorado has owned the series of late, going 6-0-2 over the past eight MLS meetings. That includes a 2-0 home win on July 16 when Diego Rubio and Gyasi Zardes scored the goals.

Rubio has scored a career-high 14 goals, including one each in the past two matches — wins over the Whitecaps and San Jose Earthquakes.

Javier “Chicharito” Hernandez has a team-leading 14 goals for the Galaxy. He hasn’t scored in the past two games.