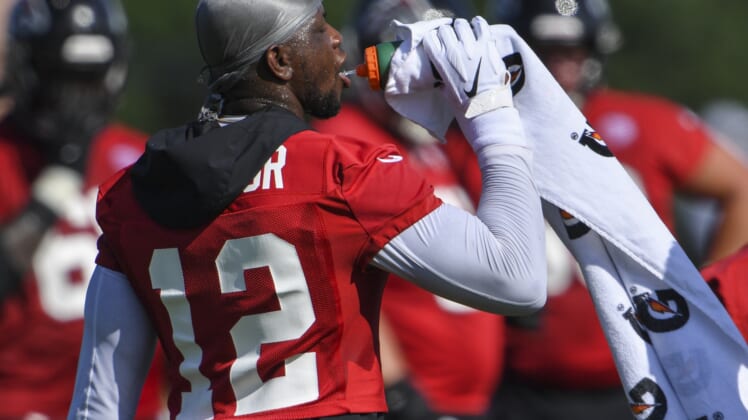 Tuesday around the NFL world marked the trade of Mohammed Sanu to the New England Patriots later followed by Emmanuel Sanders landing with the San Francisco 49ers.

Of course, both moves sparked commentary and buzz throughout social media.

This quirky comparison pointed out by 49ers beat writer cam Inman highlights something else rather interesting.

Obviously, this is a coincidence. Both the Patriots and 49ers landed skilled offensive players who should add immediate value to their new teams. We all know Tom Brady could throw to our grandmothers and all would be golden.

As for Sanders, he should easily become top-dog who will serve as dependable, veteran talent for Jimmy Garoppolo to lean on.

But at the end of the day, Sanu and Sanders are going to have to settle for new jersey numbers. We do not see either quarterback giving up their signature number to their new teammates.