Fresh off Massive Contract, Pablo Sandoval Packing on the Weight

New Boston Red Sox third baseman Pablo Sandoval—fresh off a $95 million contract this past offseason—surely doesn’t look like he’s in the best shape and prepared to attack the diamond for his new team this year. 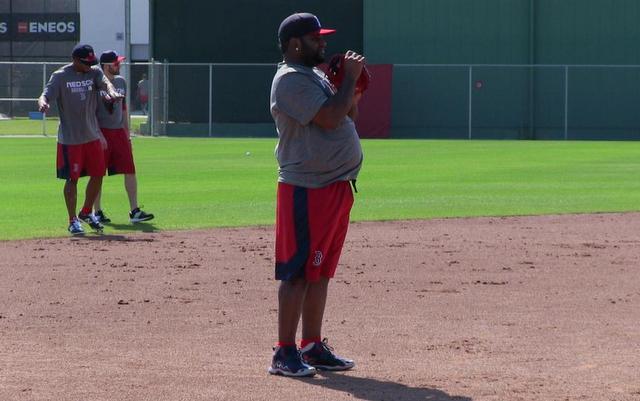 The 28-year-old World Series hero has battled weight issues his entire career. At times during his tenure with the San Francisco Giants, the team grew tired of having to put the infielder on a strict regiment that included healthier food and more working out. That’s also one of the reasons that San Francisco failed to sign Sandoval to a long-term extension prior to his departure in free agency during the winter.

If Panda is coming out of hibernation and fully prepared to get back in shape, this shouldn’t be a big deal.

However, the larger concern has to be Sandoval’s long-term success as one of the faces of the Red Sox franchise. He’s guaranteed nearly $100 million over the next five seasons. Short of showing consistency when it comes to his weight, there’s a strong likelihood that Sandoval will break down from a physical standpoint towards the latter part of the deal.

Until then, he might want to lay off on Friendly’s ice cream and Boston cream pie.

H/t to Boston.com’s Steve Silva for the photo