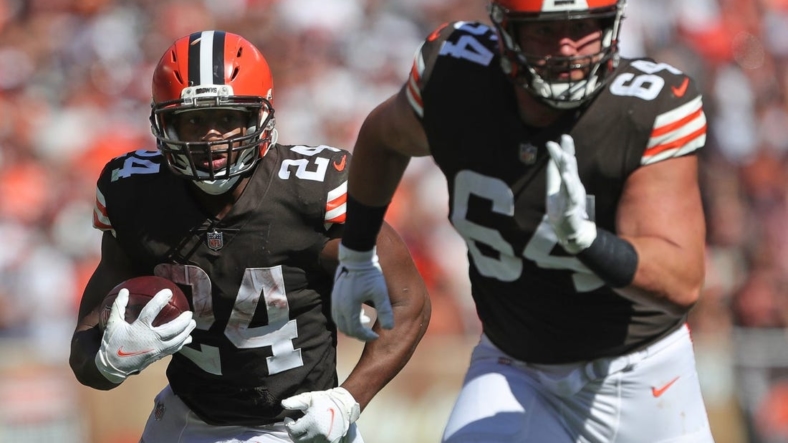 Free agent center JC Tretter is retiring from the NFL but plans to maintain his role as NFLPA president.

Tretter, 31, spent eight years in the NFL with the Green Bay Packers and Cleveland Browns, who released him in the offseason due to a knee injury.

“My time on the field may be over, but I’m not stepping away from football,” Tretter said in a statement. “I’m looking forward to doubling down on my work as NFLPA President and pushing for more progress on behalf of the great players of our game, past, present and future.”

Tretter started at center for the Browns for the past five seasons, regularly missing practice due to knee issues but absent for only one game during that span.

He said in a social media post that his goal was to “stop playing when I wanted to — on my own terms.”

Under Tretter’s direction, the NFLPA and NFL meted out a new Collective Bargaining Agreement and he helped players navigate the pandemic-impacted seasons of 2020 and 2021.

Releasing Tretter saved the Brown $8.25 million on the 2022 salary cap. Nick Harris was promoted to the starting role and suffered a season-ending knee injury on the second play of the preseason opener against Jacksonville.

Instead of re-signing Tretter amid public clamoring to bring him back, the Browns promoted backup Ethan Pocic to the first-team offense.