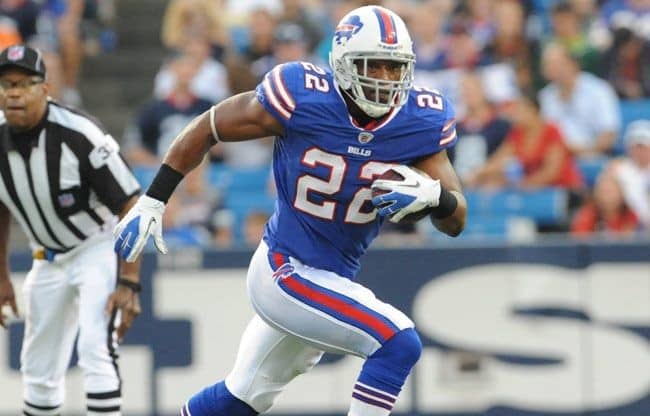 Former Buffalo Bills running back Fred Jackson is a class act all the way, but he doesn’t feel the same about former GM Doug Whaley.

When Jackson thanked his fans for all of their support, the veteran was candid about his feeling towards Whaley, who gave no specific explanation to reporters after Jackson’s release. Per Mike Rodak of ESPN, Jackson said:

“There’s only one person in that organization that I haven’t gotten honesty from, and that was [Whaley].”

“We thought for us and at this time, we had to make this decision. There are a lot of circumstances that go into that, but we will keep that in-house for competitive reasons.”

Jackson, who was a captain for the team and the Bills’ third-leading rusher, sounds as if he was totally blindsided about the release.

“It was a tough pill to swallow, especially because I felt like I can still contribute. They gave me a shot. I’ll always be happy about that, but … they closed the door on me playing there, too.”

Reportedly, Jackson has visited the Seattle Seahawks since being released, however no deal has been agreed upon at this time. If Seattle passes on him, Jackson would remain one of the better free-agent running backs remaining on the waiver wire.

Both Tim Jennings (#Bucs) & Fred Jackson (#Seahawks) end the night without deals. Mutual interest remains in both cases. No rush to do it.

Surely some team in need will reach out to the 34-year-old running back who still has plenty to offer.