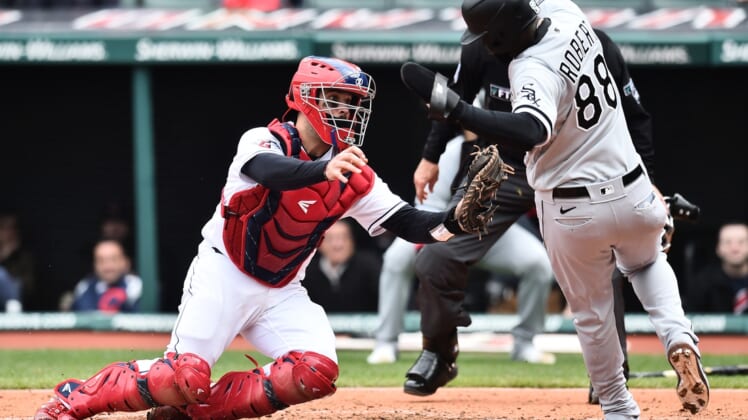 Franmil Reyes hit a two-run homer and Zach Plesac pitched into the seventh inning as the Cleveland Guardians completed a three-game sweep of the visiting Chicago White Sox with a 6-3 victory on Thursday.

Josh Naylor had two hits and two RBIs for Cleveland, which outscored the White Sox by a combined 13-2 in a doubleheader sweep on Wednesday.

Plesac (1-1) ended a six-start winless streak, allowing two runs (one earned) on seven hits over 6 2/3 innings. He walked one and struck out three.

Trevor Stephan followed Plesac before Emmanuel Clase retired Chicago in order in the ninth for his second save.

Luis Robert and Gavin Sheets had two hits apiece for the White Sox, who have lost four in a row after winning six of their first eight games.

Robert exited the game with an apparent injury after running out a ground ball in the eighth inning.

Reyes opened the scoring with his first extra-base hit of the season, a two-out, two-run homer in the third off Dylan Cease (2-1).

Chicago responded with a run in the fourth when Yasmani Grandal’s sacrifice fly scored Leury Garcia. Plesac stranded runners at the corners when Sheets lined out to end the inning.

Naylor singled in a run off Cease with two outs in the fifth to put the Guardians ahead 3-1.

Cease yielded four runs on eight hits over 5 1/3 innings. He walked two and struck out three while throwing 92 pitches.

Cleveland moved ahead 4-1 in the sixth when Steven Kwan’s sacrifice fly scored Andres Gimenez, who singled to lead off the inning.

The White Sox scored two runs on a pair of errors in the seventh. With two on and two out, Adam Haseley hit a tapper back to Stephan, whose errant throw to first led to another wild throw home, allowing two runs to score.

Cleveland added to its lead with two runs in the bottom of the seventh. Naylor doubled in a run off Kendall Graveman and later scored on Gimenez’s sacrifice fly.